Great blue herons are a ubiquitous presence along rivers and ponds near my home in Cambridge, Ontario. In fact some of the signs welcoming visitors to the city are engraved with images of these large birds.

A couple of days ago I visited a large pond where I can almost always find a few of these birds. Truth be told, because there was bright sunshine, I was hoping to also see some great egrets, the large white cousin to the herons.

On my last visit a few weeks ago I only saw one egret. This time I counted six but they kept to the far side of the pond too far away for pictures even with my camera set up. They were outnumbered by the blue herons which are also slightly bigger.

This pond is located at the intersection of two rivers and because it is quite shallow it is a popular spot for these wading birds. They can be quite aggressive towards one another and are quite noisy when they move about the water.

After an hour of sitting on the shore watching belted kingfishers and ducks pass – and chatting to passersby who enquired as to my objectives – I heard the croaking sound of a heron coming nearer. At last I might snap some images. 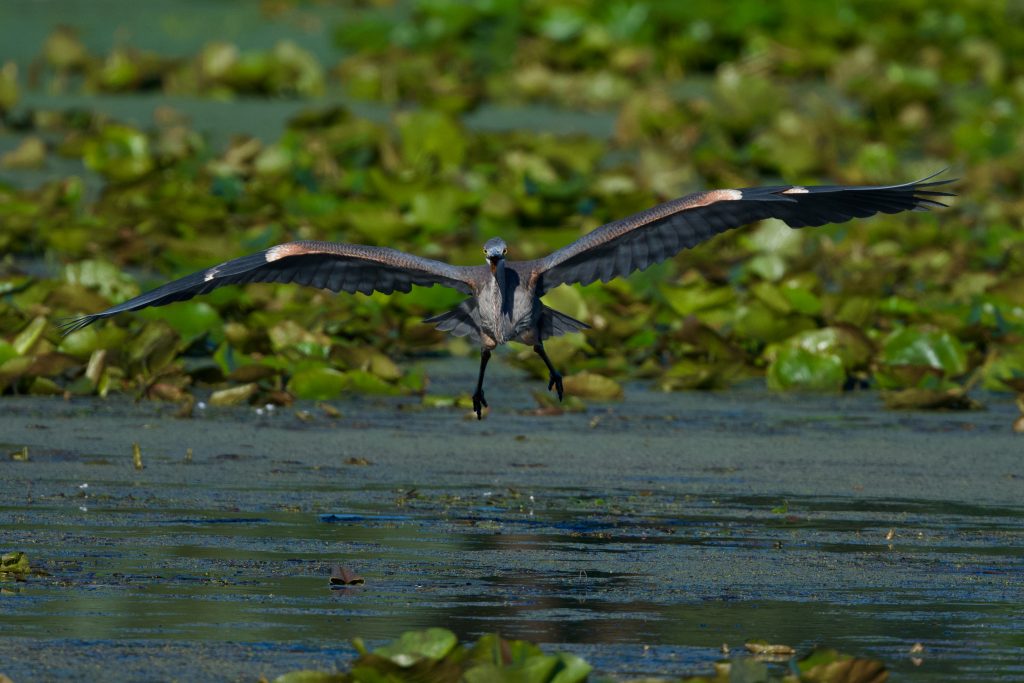 It flew to within 40 metres and then landed in the water. It seemed to regard me for a few moments then flew another few metres closer before settling in a spot where I have had great success with both herons and egrets in the past. 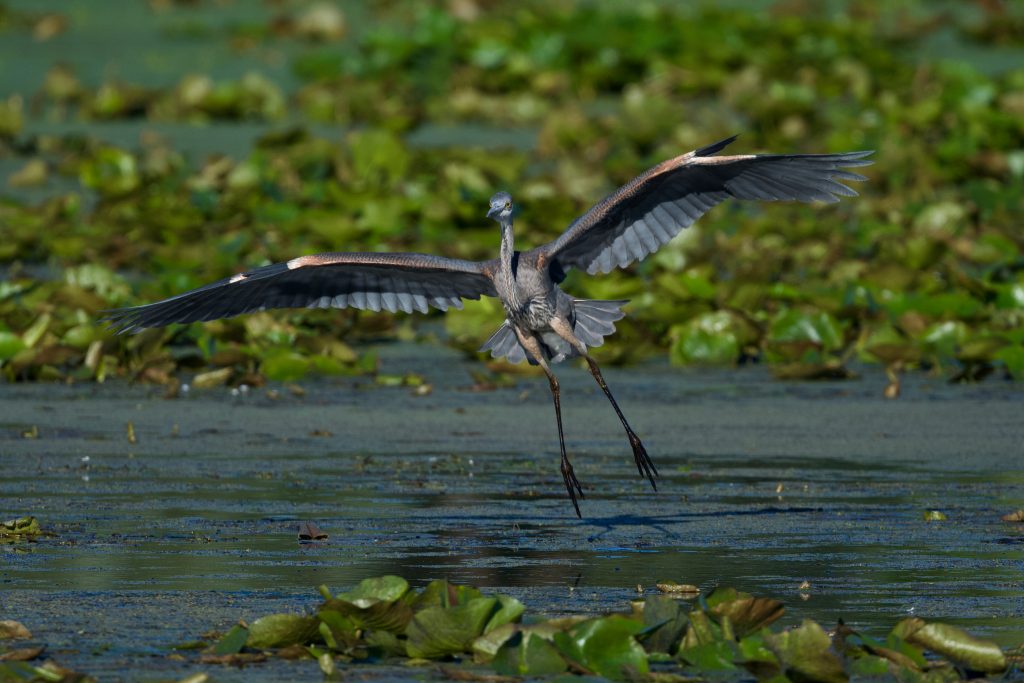 Their large wings move slowly and they fly with their head extended. When they come to rest it is clear they are very large birds – a commanding presence on the pond. Certainly, they are interesting creatures to watch and I would invite you to set aside time to witness their behaviour first hand. 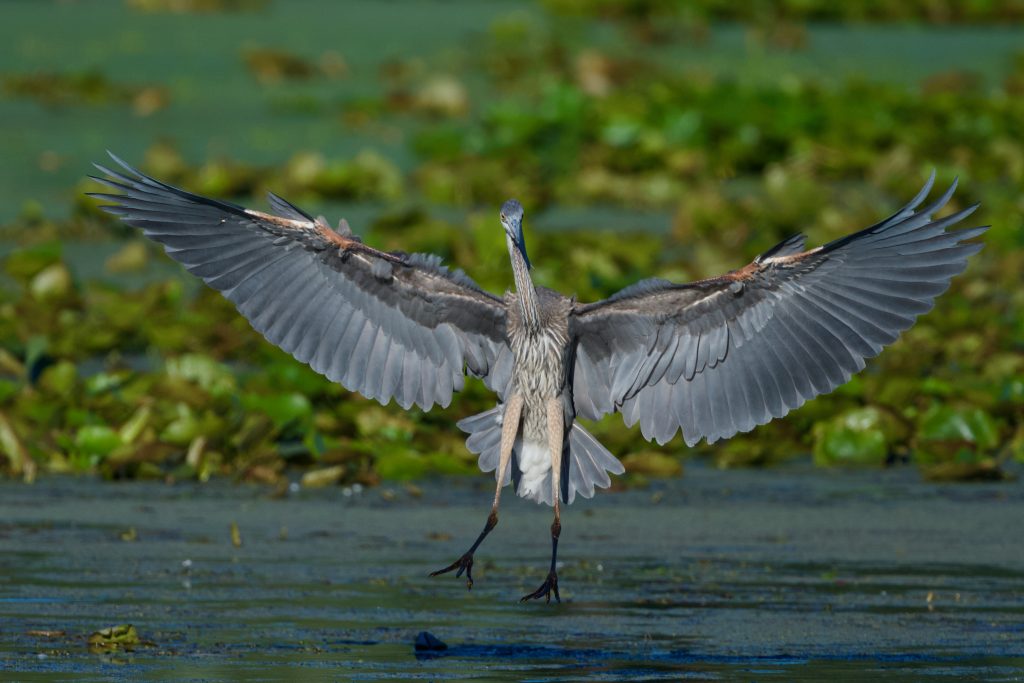 In typical fashion, this one slowly walked in a straight line then, having spotted a fish or a crustacean, it paused then extended its long beak towards the water surface. Suddenly, it darted, its head totally submerged. When it withdrew I could see a tiny fish in its beak. 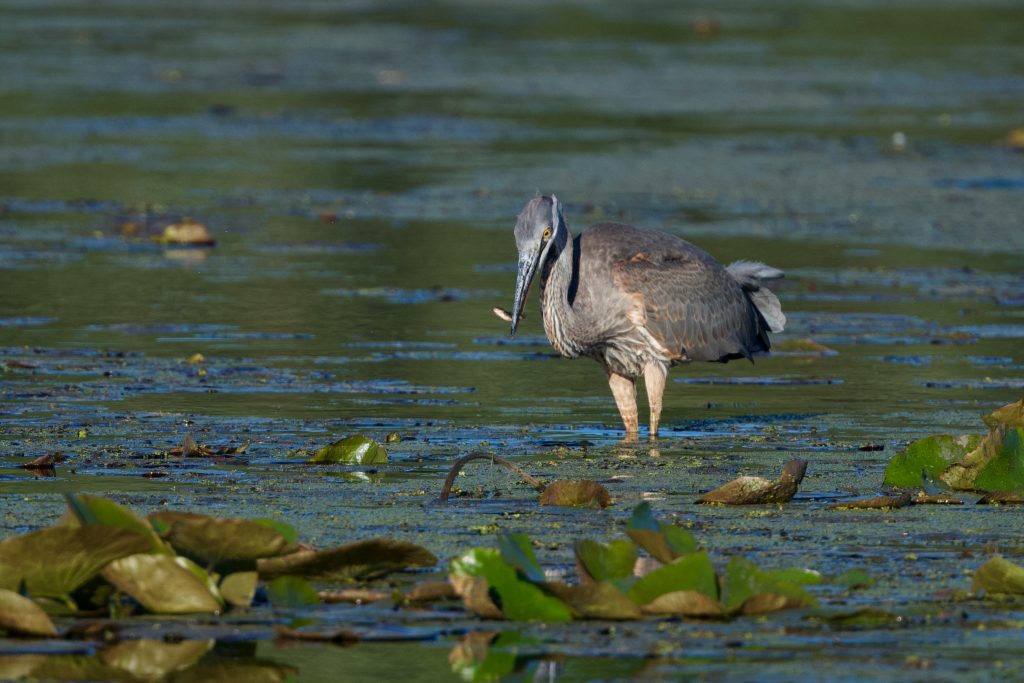 Over the next hour or so this one caught perhaps eight or nine fish and what looked to be a crayfish.

I kept a careful eye on the egrets – they light up beautifully in bright sunshine – but they were content to stay away from the herons. Maybe next time they will come close.

As the sun descended behind the trees putting this heron into shade I packed up my gear and began the trek back to my car. It was another well spent evening.

I do hope you are all enjoying time outdoors. Until next time……………….