Great egrets are strikingly beautiful birds which frequent rivers and ponds across southern Ontario during the warm months. It’s no surprise that the National Audubon Society has been using this bird as its symbol since 1953.

Standing one metre tall on long black legs, with pure white feathers and a yellow beak, they standout amongst the various species of ducks, geese and herons they share shallow water with – especially when the sun illuminates them in late afternoon. Sometimes I have counted as many as eleven on a local pond fishing in the early evenings. 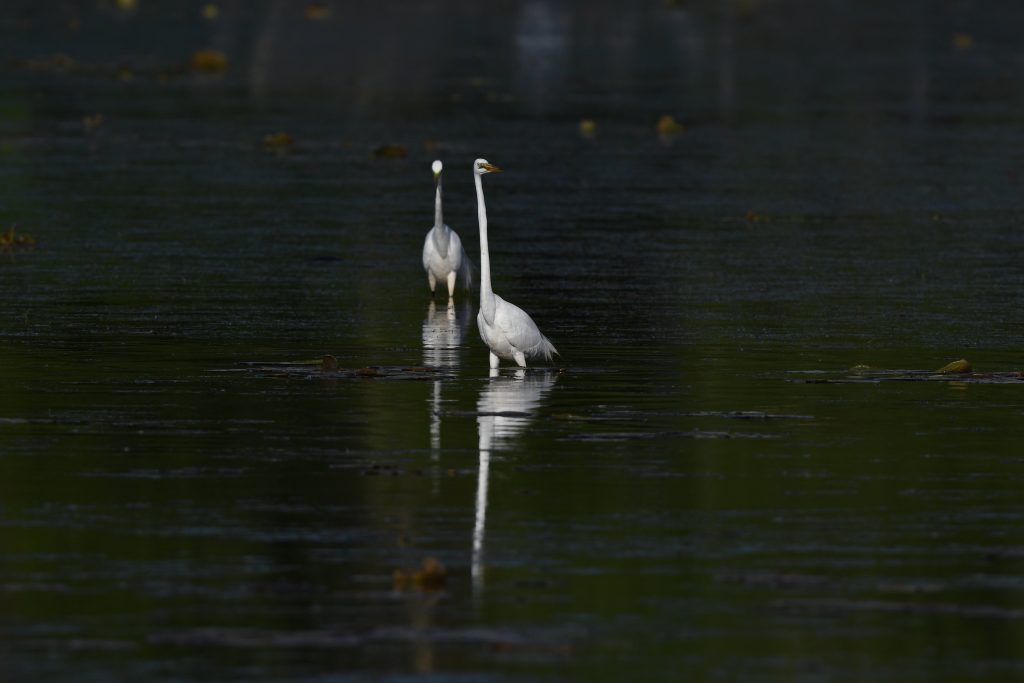 The slightly larger blue herons will chase them away which gives a photographer ample opportunity to capture them in flight.

A couple of times in the past few weeks I have ventured to a spot where I see them usually in late July and through August hoping to photograph them.  On both occasions I saw just one several hundred metres across the pond. I wandered along the shore as I spotted it perched on an overturned tree branch.

I recently purchased a Nikon 1.4x teleconverter which adds 40% to the reach of my 500mm prime lens. Effectively I have a 700mm lens when I use this combination. It is taking some getting used to as the weight of my camera is changed and the auto focus is not as quick. Slow moving birds like great egrets are good for practice.

After half an hour or so of preening the egret wandered down into the water and started fishing for minnows. I have often seen them stab frogs and crayfish too. 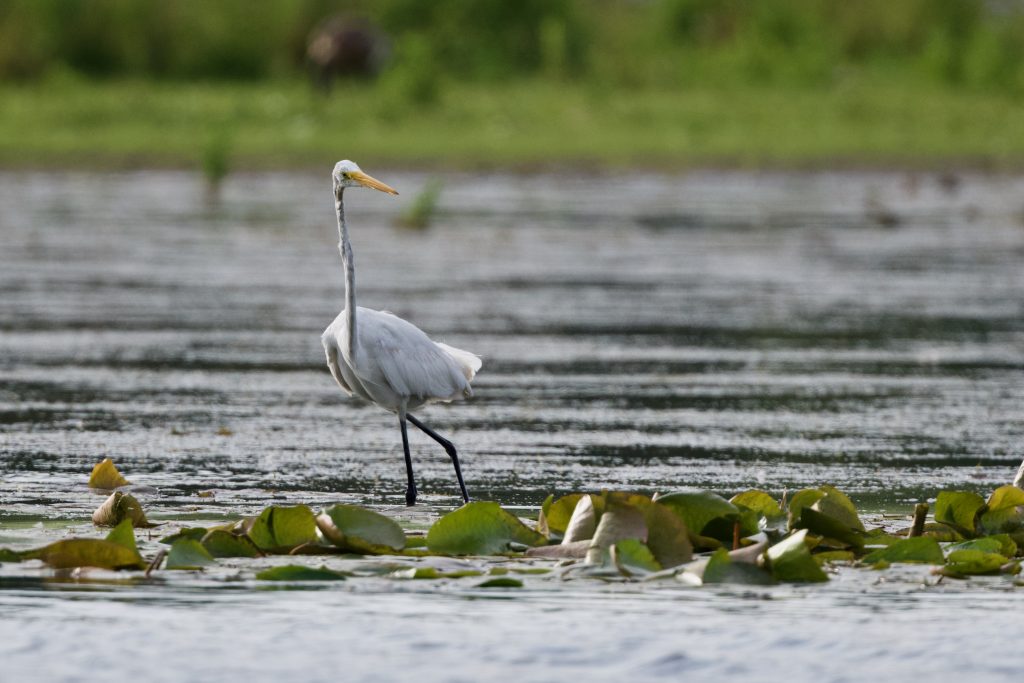 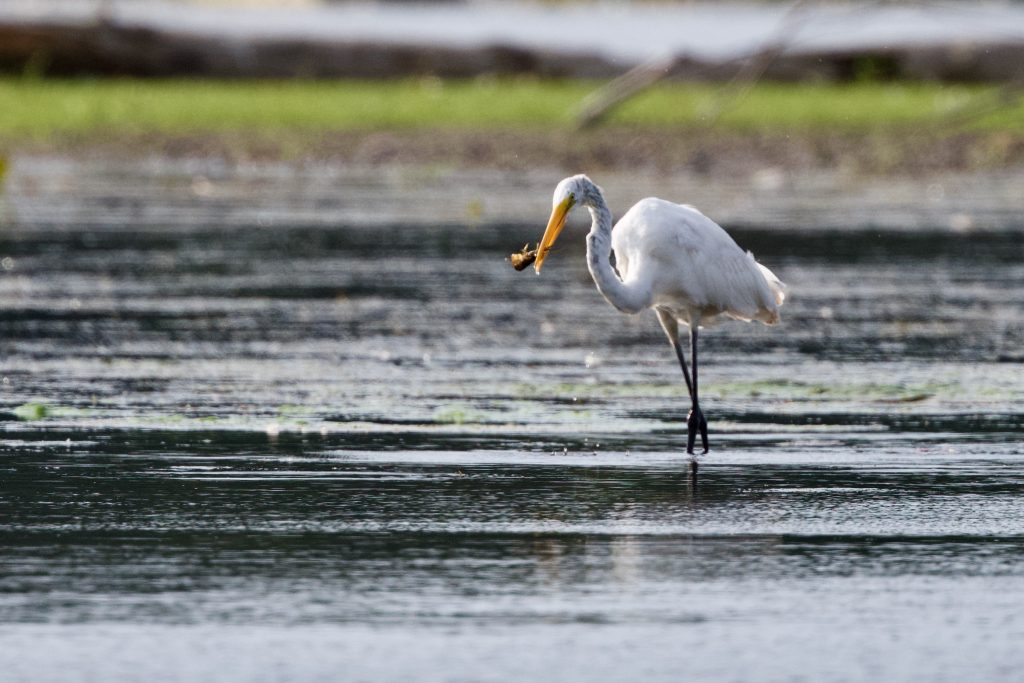 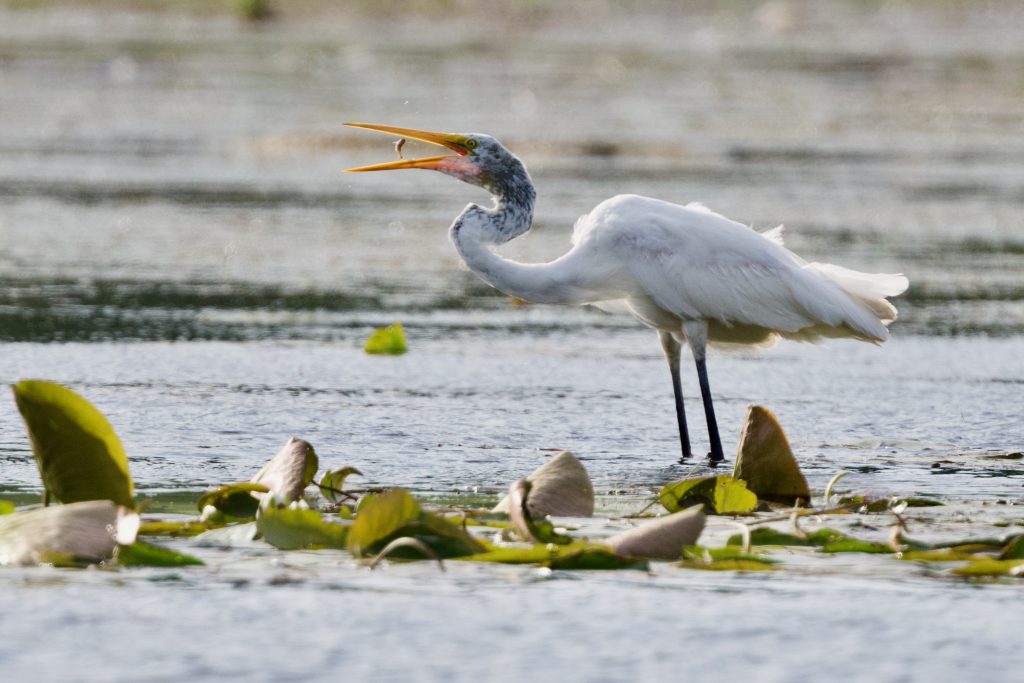 Brian Hayhoe, a wildlife rehabilitator at The Owl Foundation, believes the black marking on this egret’s head is a sign of feathers moulting, which occurs in late June when these images were taken.

I look forward to visiting this location again soon. These are the sort of birds which look even more impressive when the sun strikes them in the early evening as you can see from this image I took in August 2021: 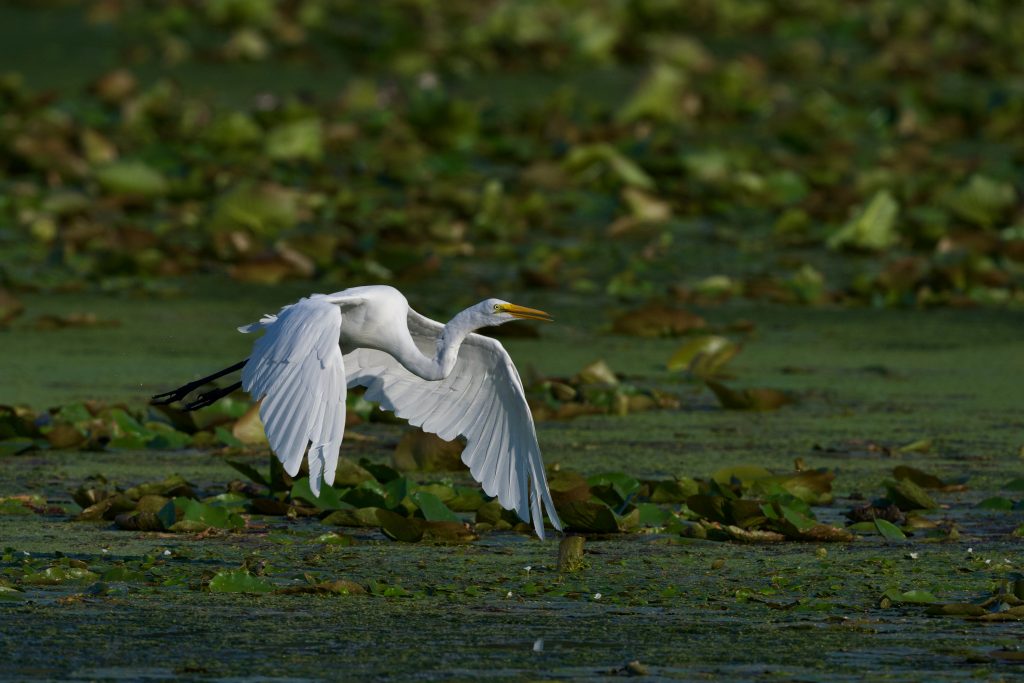 I hope that you are enjoying the summer and staying safe. And, I hope that spending aa couple of hours beside a river or pond fits into your plans. Nature is wonderful and we are one small part of it.