Sandhill cranes – named for a region of sand dunes in Nebraska where they gather by the hundreds of thousands  – are high up on my favourite local wildlife species. Once the snowy owls have left southern Ontario for the arctic I spend time searching for the cranes around my home in Cambridge.

Over the past week I have slipped away from my desk several times to visit two pairs that I am easily finding in their respective fields south of my home.

A sandhill crane leaving a corn field early one evening. 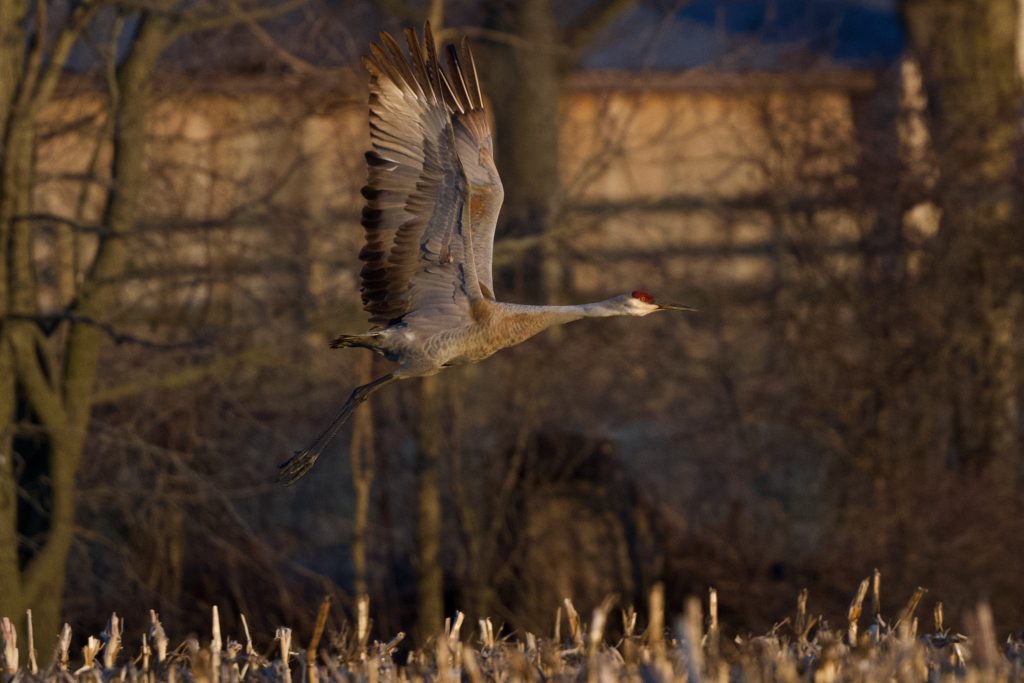 There are, of course, many couples out there as it’s the time when they build nests and possibly lay eggs. I watched six individuals – likely three pairs – flying in heavy winds one evening but they were too far away for pictures.

Their distinctive ‘bugling’ call is a great clue to their position. Though they are grey feathered birds they take on a ruddy brown appearance as they preen themselves with mud taken from the marshes they frequent. The iron in the mud gives the feathers that colour with some cranes more heavily caked than others.

Over three days of observations I noticed that this female appeared to be sitting on an egg. I could see her through the reeds and although she would sometimes stand up and tend to the egg using her long beak to move it and the grass around it, she was committed to the nest. I could only see one egg but some females will lay as many as three. 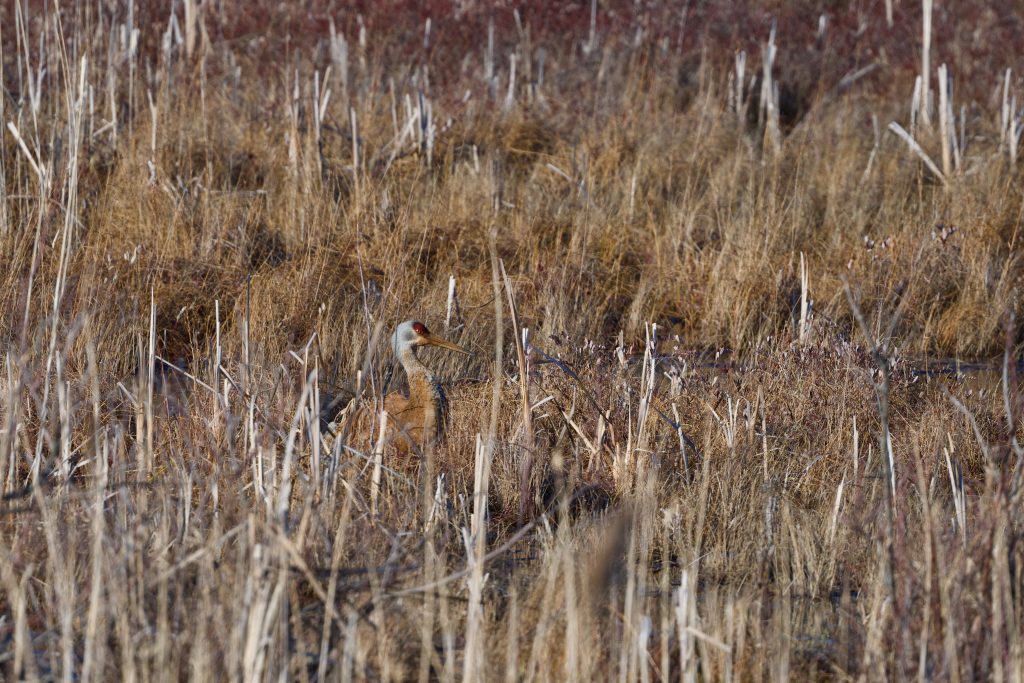 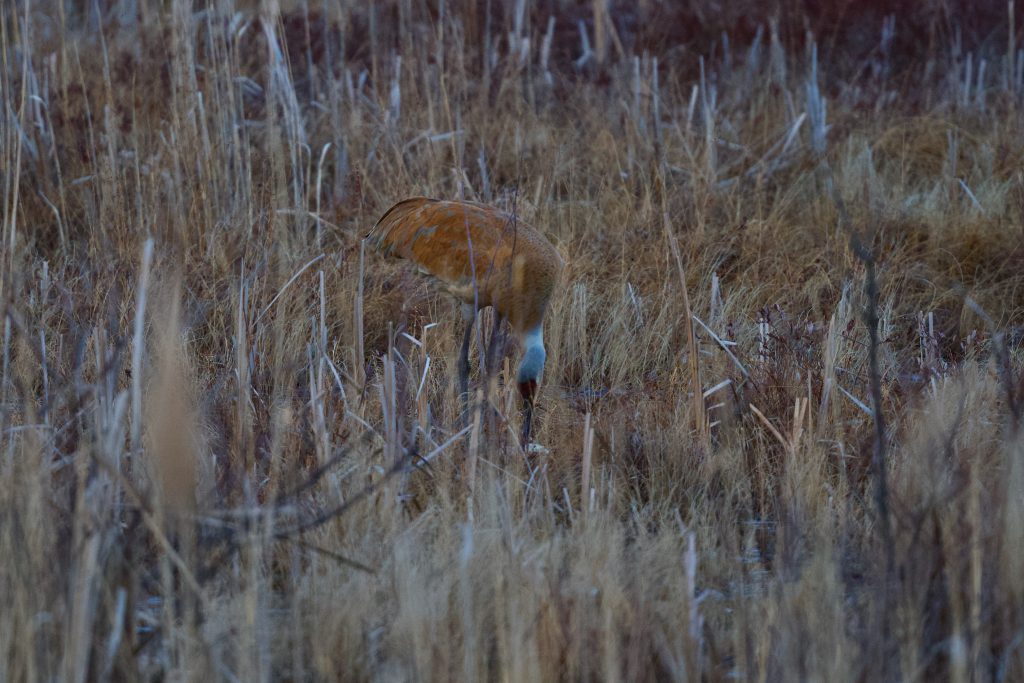 Occasionally her mate would change places allowing her time to walk to the nearby water, take a drink or catch insects. They will also eat seeds, plant roots and the like but are not averse to eating rodents. Indeed, several years ago I watched one crane stab a meadow vole and then try to eat it. From time to time each of them flies away for a spell but at this point I am not sure where they are going or why.

After its mate has replaced it on the nest this one goes for a walk through the marsh. 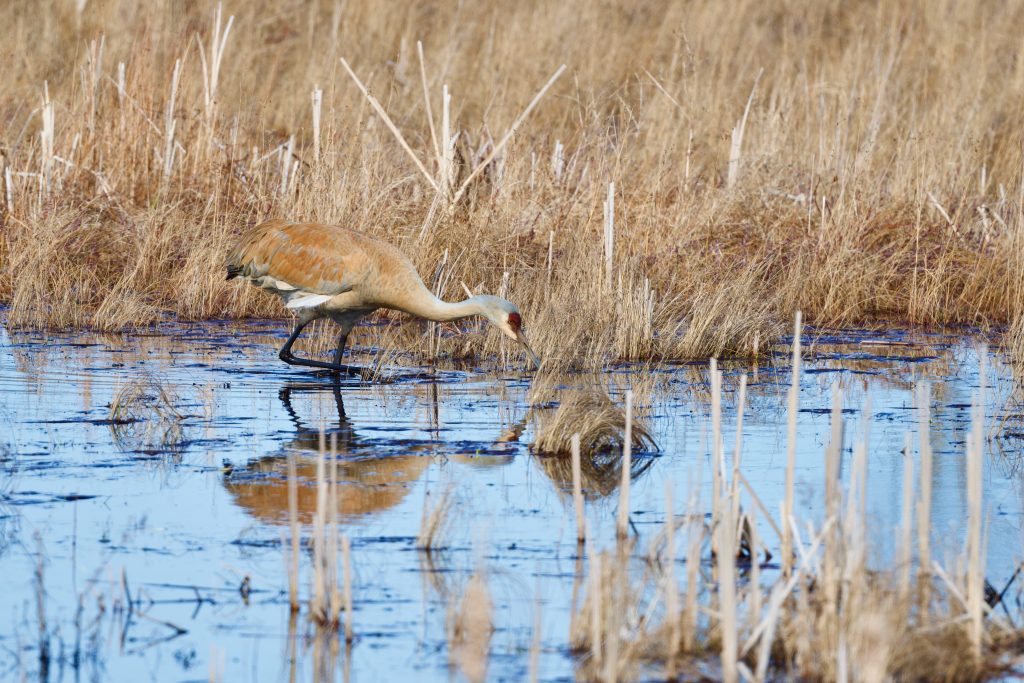 Running through the marsh and lifting off. This crane is facing the wind but will turn and fly across the marsh out of sight. 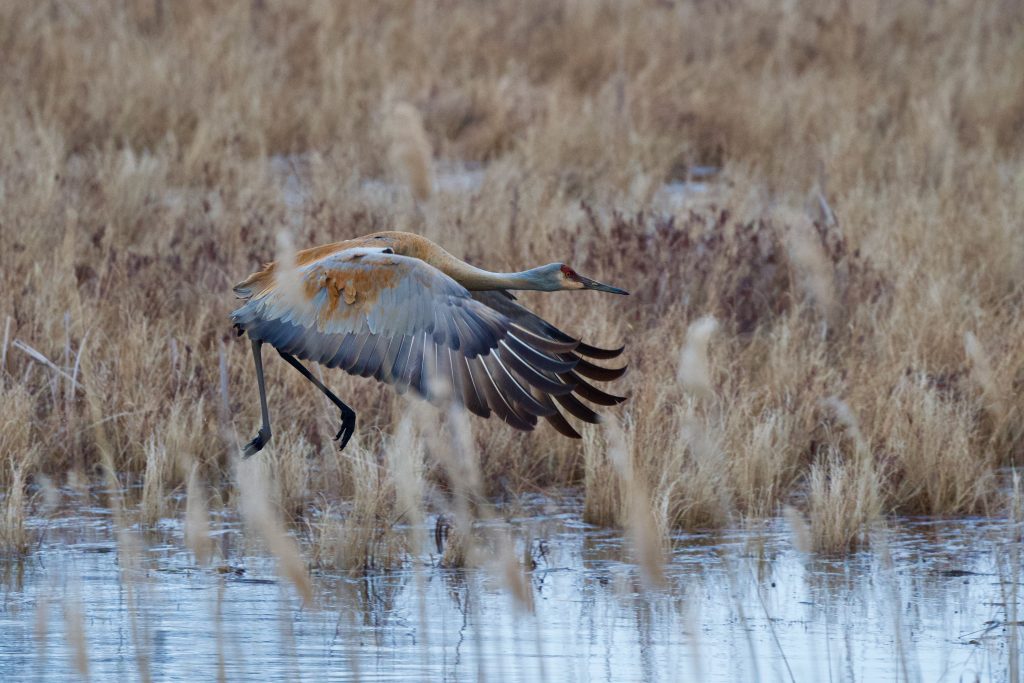 The clouds part as this crane takes off and flies away leaving its mate on the nest. 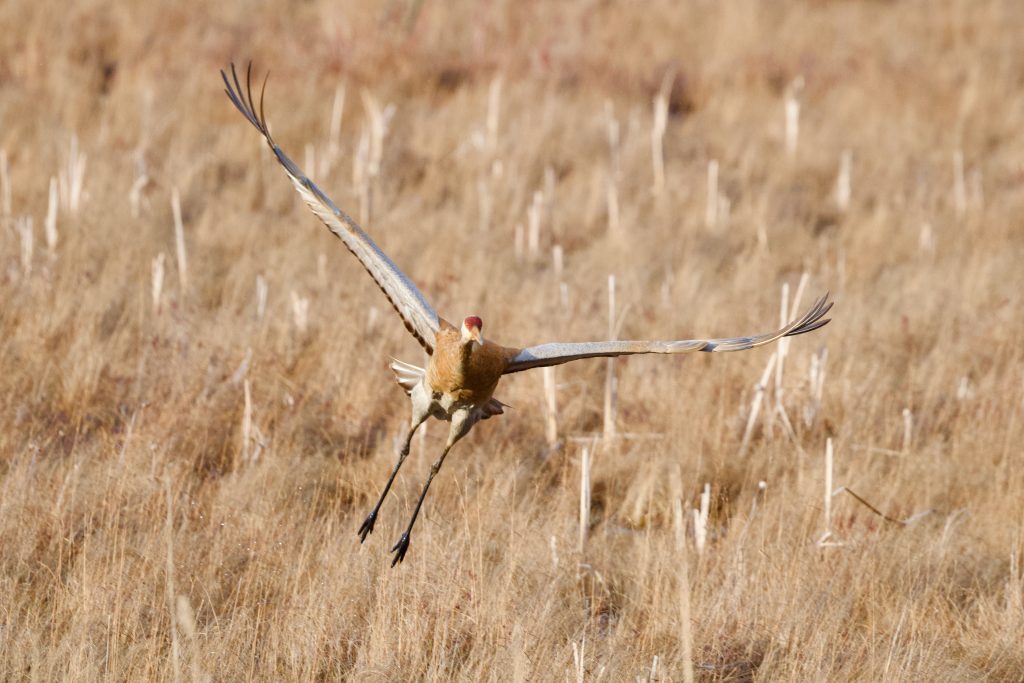 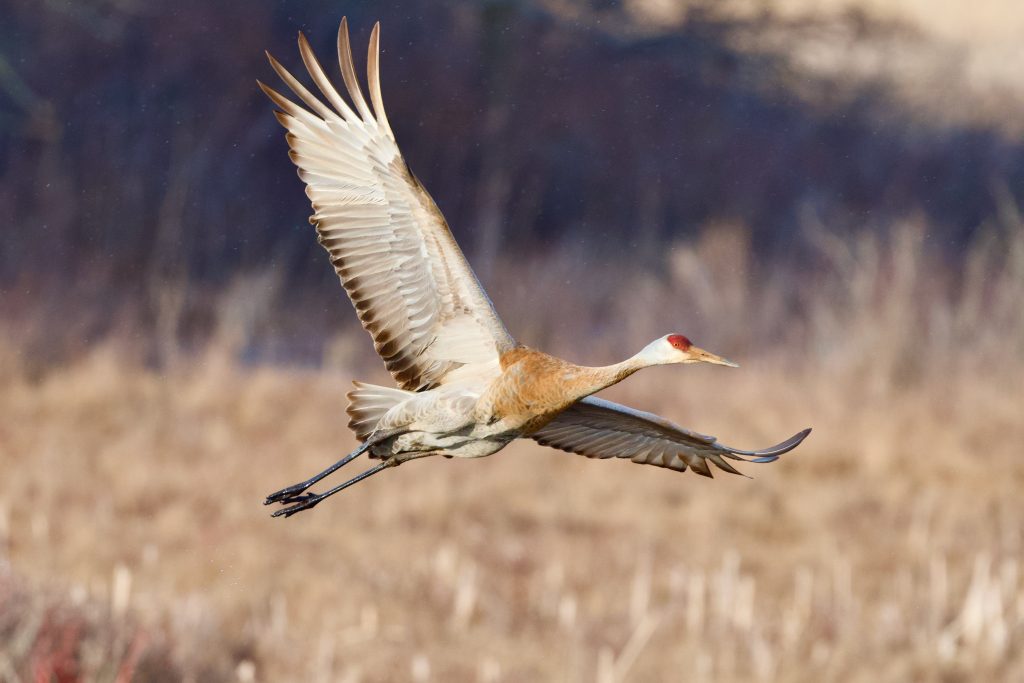 I look forward to the day when this egg hatches and a sandhill crane ‘colt’ emerges. Until then I will enjoy my time with these beautiful birds.

As previously mentioned, I have been asked to present ‘Snowy Owls – Visitors From The Arctic’ for the Woodstock Field Naturalists’ Club on May 2nd, 7:30 p.m. Eastern time. I have been granted a small allotment of places which are rapidly vanishing. If you are interested in attending this virtual presentation please send me an email and I will add you to my list.