It has been a while since I last wrote for my website. My workload has picked up again and I have had a couple of wildlife related stories published with my photos in the Toronto Star.  Some sports features – one of them involved interviewing our Canadian medalists from the Tokyo 2020 Olympics – have also kept me focused.

I must say, Andre De Grasse and Damian Warner, both Olympic champions, remain two of the most humble individuals I have ever come across.

Nevertheless, I have been out and about enjoying local wildlife, regularly, in some of my favourite sites.  A couple of hours outdoors is just what is needed after too much time on my laptop.

When it is sunny I like to get out to the Speed River, which flows through the Hespeler area of Cambridge,  in the hope that I might encounter Great Egrets. The evening sunlight really enhances the details in their feathers.

I have a preferred spot where I can sit on grass at the water’s edge and wait for egrets to come close enough for some worthwhile photos. 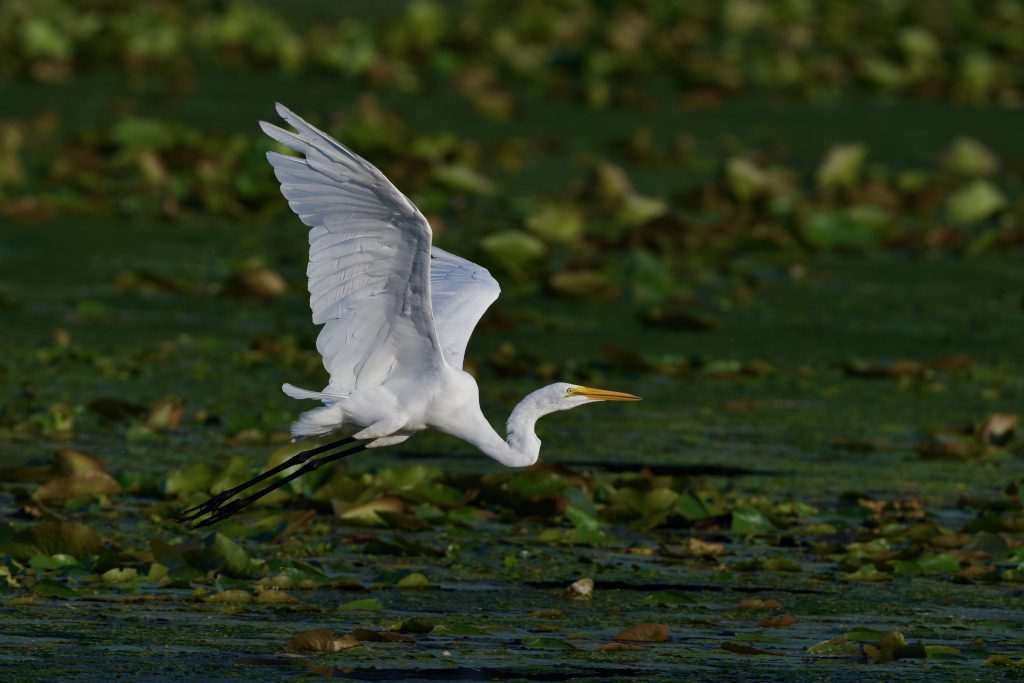 In the hour or more it might take to start shooting egrets in motion I am often entertained by the activities of a pair of Belted Kingfishers which hover above the water then dive straight down after small fish. 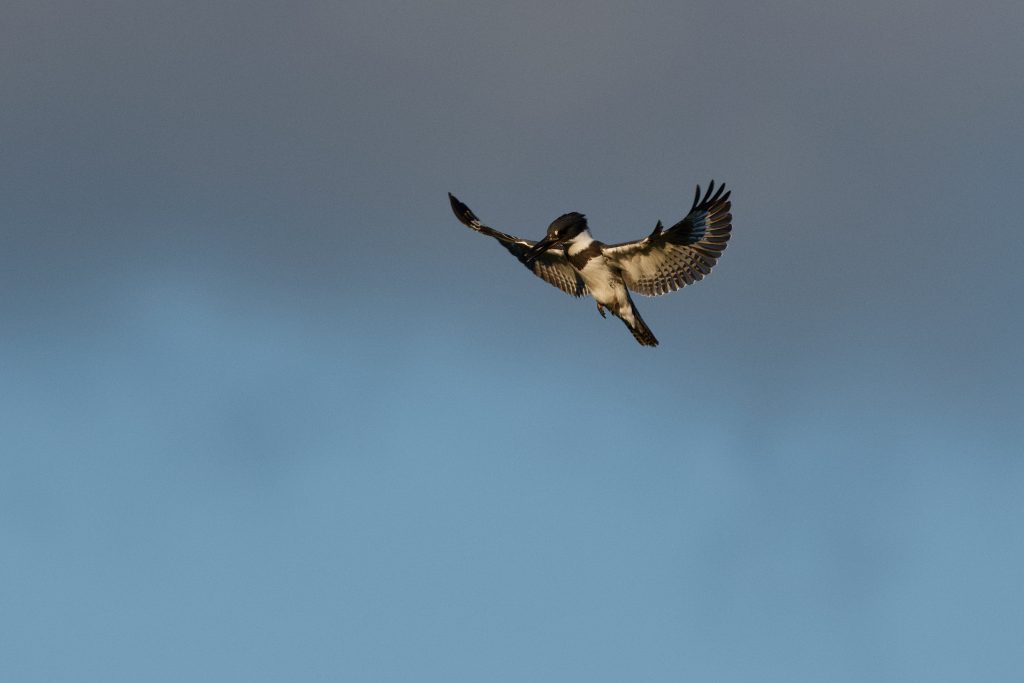 The egrets also share the water with blue herons which are slightly bigger and therefore seem to intimidate the egrets. This one remained perfectly still on a piece of wood for a couple of hours before darting a toad. 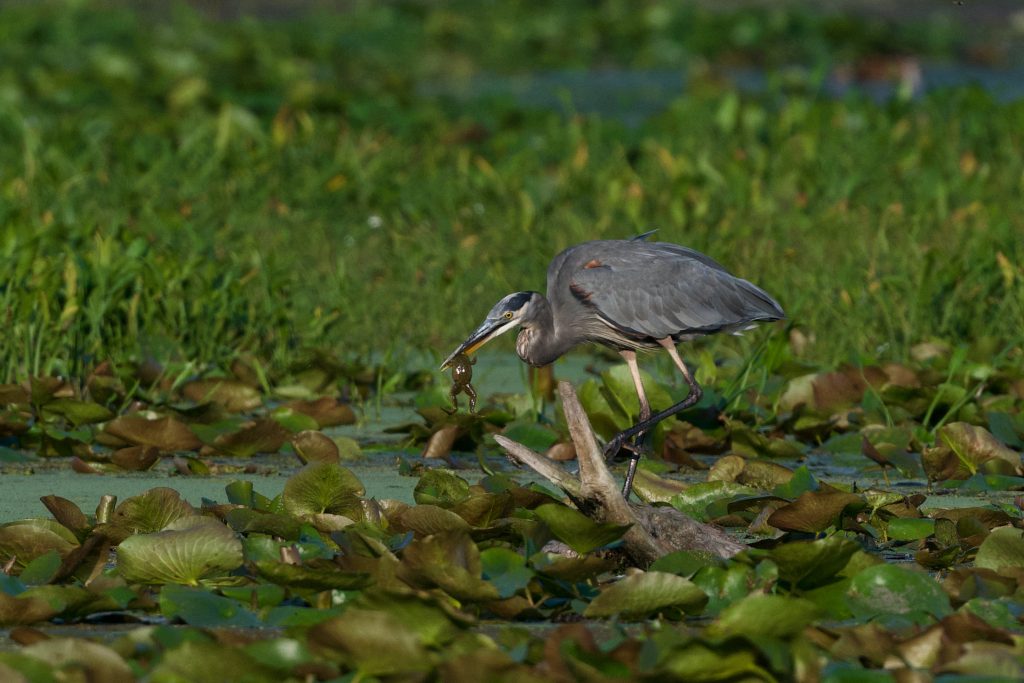 Over at the Nith River eagles nest one of the three eaglets of the year has steadfastly refused to leave the area. I have seen it flying high at tree level but it always goes back to the nest and waits to be fed. The other two eaglets are long gone probably establishing territories of their own. The adult eagles always appear with a fish but are probably wondering how much longer their offspring is going to hang around.

The family of beavers which I see year most of the year in this stretch of the river go about their business regardless of who is sitting on the shore watching them. I watched this enormous beaver swimming upstream while I had been snapping images of a blue heron. It came right past me then went up on the shore to snack on some foliage. 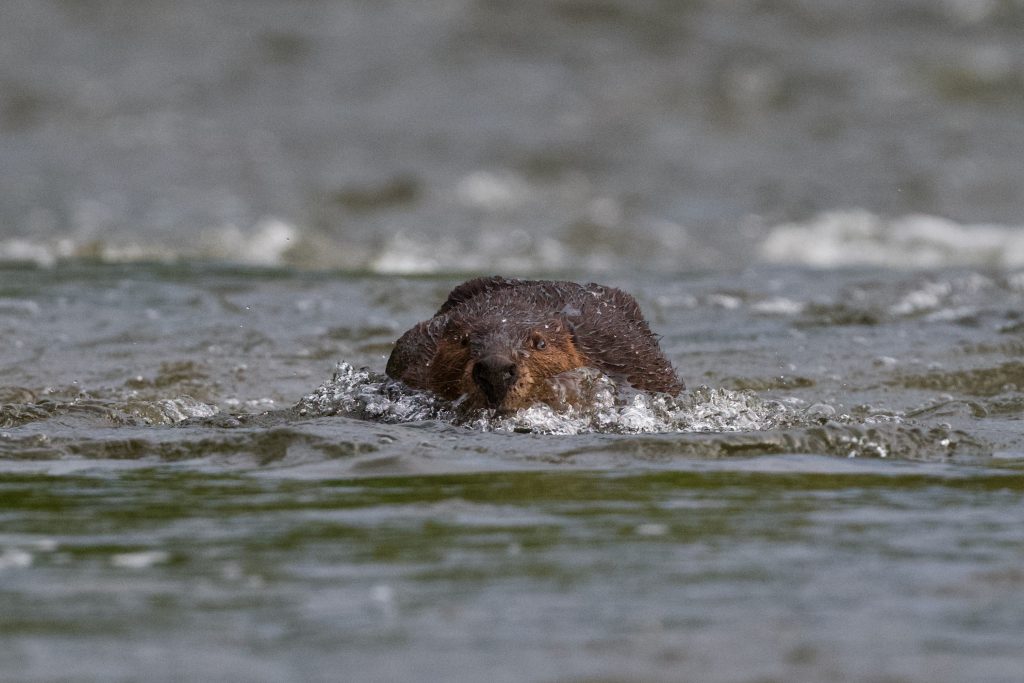 There has been a lot of news coverage of the coyotes in Vancouver’s Stanley Park – it appears some of them have been habituated to people after being fed by ignorant visitors. It is never a good idea to feed wildlife. The shocking news that authorities have killed some of the coyotes upsets me. Once again the stupidity of people results in harm to wildlife.

Occasionally I come across coyotes in this area. On my way home from the Nith River one night I spotted this one in a farmer’s field. When I stopped my car it turned to look at me affording me the opportunity to capture a few images before it continued its hunt. 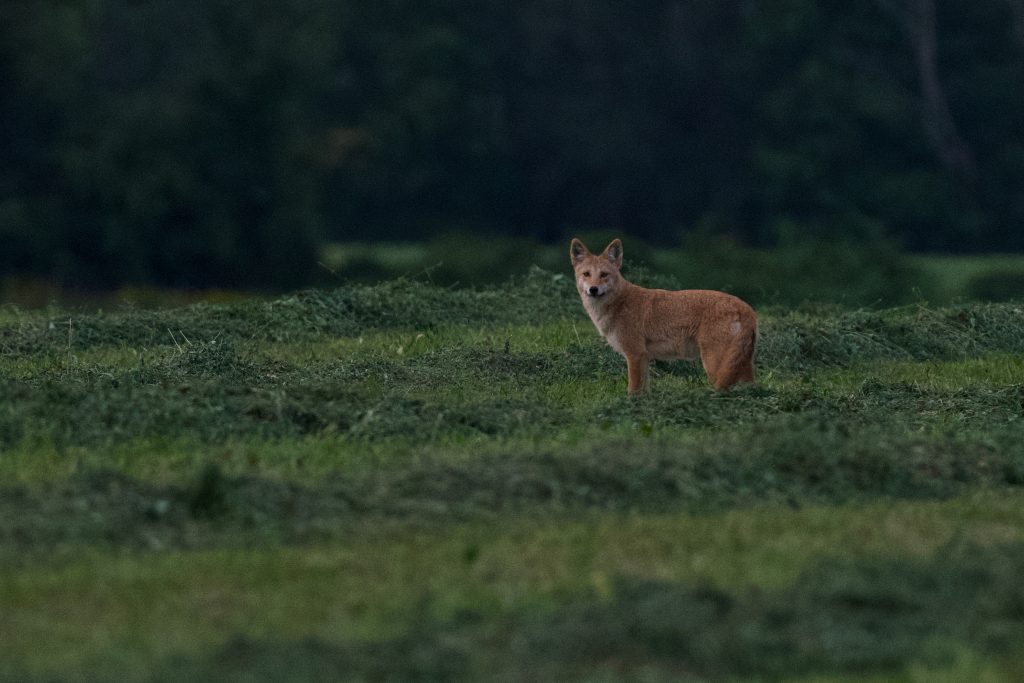 Occasionally I hear from readers about my published stories in main stream media or about my blog. It is always nice to hear people appreciate nature.

Yesterday the Toronto Star published a lengthy feature with six of my photos on the subject of wildlife conservation. Craig Hilton-Taylor who heads up the International Union for the Conservation of Nature’s Red List told me that of the 138,000+ species that have been assessed, 38,543 are endangered. We must be diligent and protective of nature. After all we part of it!