As the days get longer I have been able to get in my bike rides along the Grand River rail trail on alternate days AND still get out for some wildlife photography in the evenings. There is much activity as it seems forests and rivers and marshes come alive with nesting birds and denning mammals.

As my April 22nd post outlined I have enjoyed time with one particular American kestrel for months. She became very, very comfortable with me watching her hunt bugs and, as you can see below in the second image,  a meadow vole. She dined on it while I sat at the side of the road. 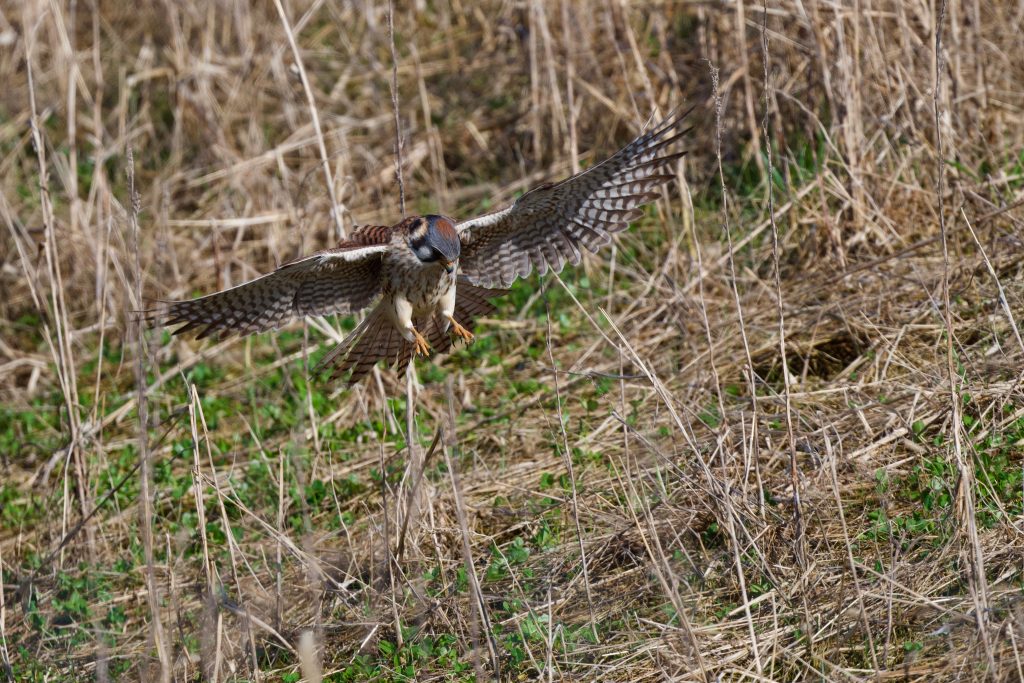 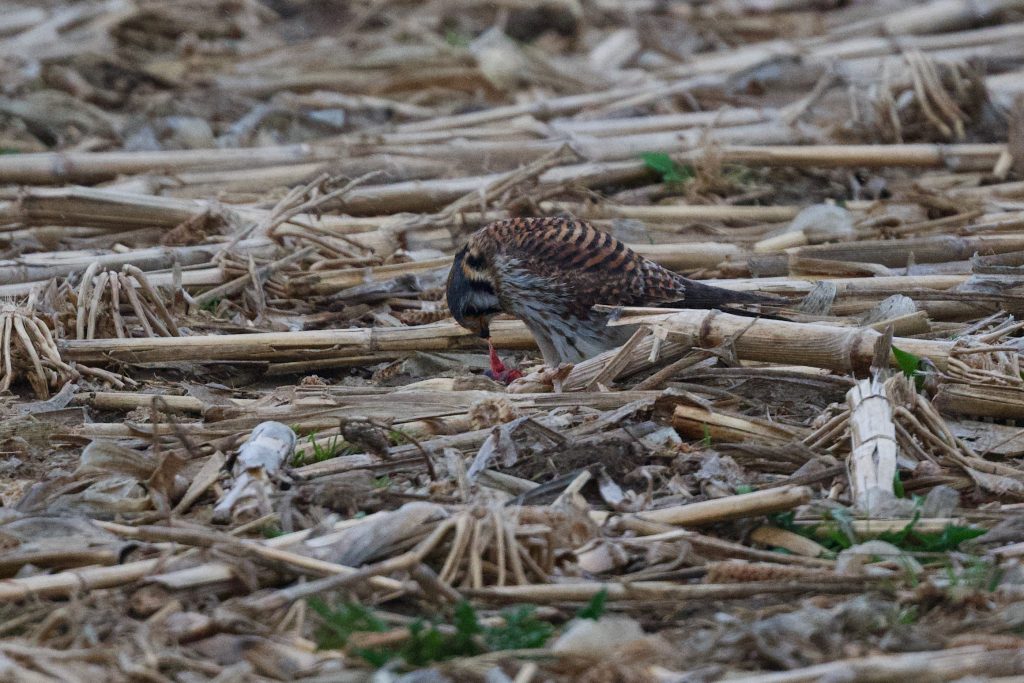 Those images were taken in the last week of April. Then she vanished. I expect that she is now nesting somewhere as kestrels – the smallest member of the falcon family – breed later than other birds, such as eagles.

Speaking of eagles, I have been delighted to observe three different bald eagle nests lately. This is the adult female returning to the Nith River nest one rainy evening. I had waited three hours in a downpour for her to move from her perch in a tree.  When something – a hawk perhaps – made her uncomfortable she went back closer to the nest. 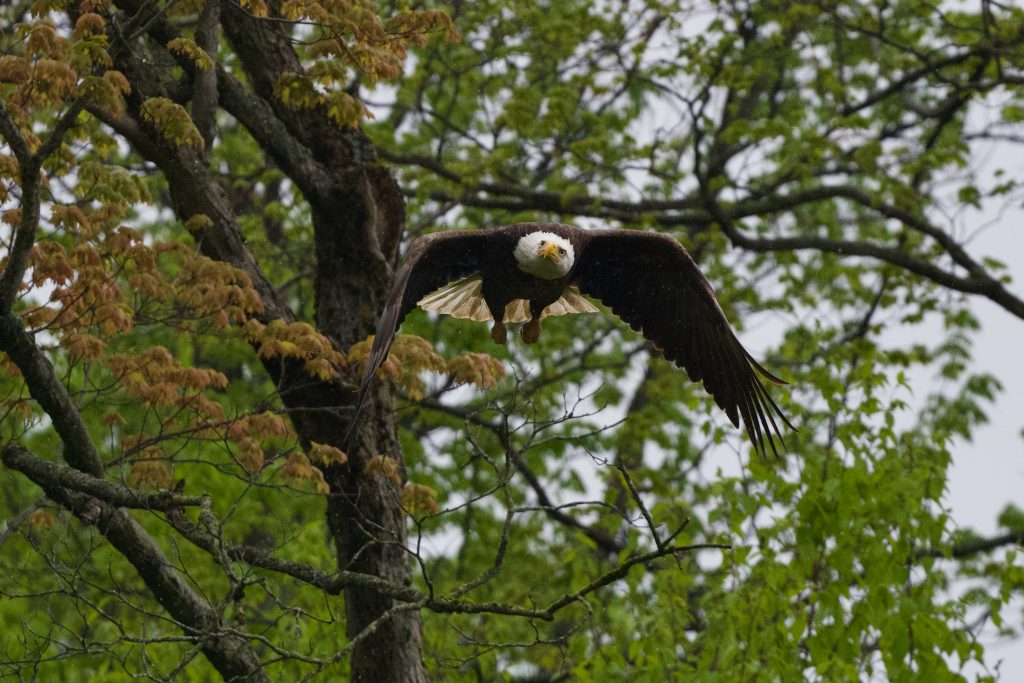 A fox den I have known about for several years is active once more. I am told by the landowner that there are four kits although I have only seen one of the adults. 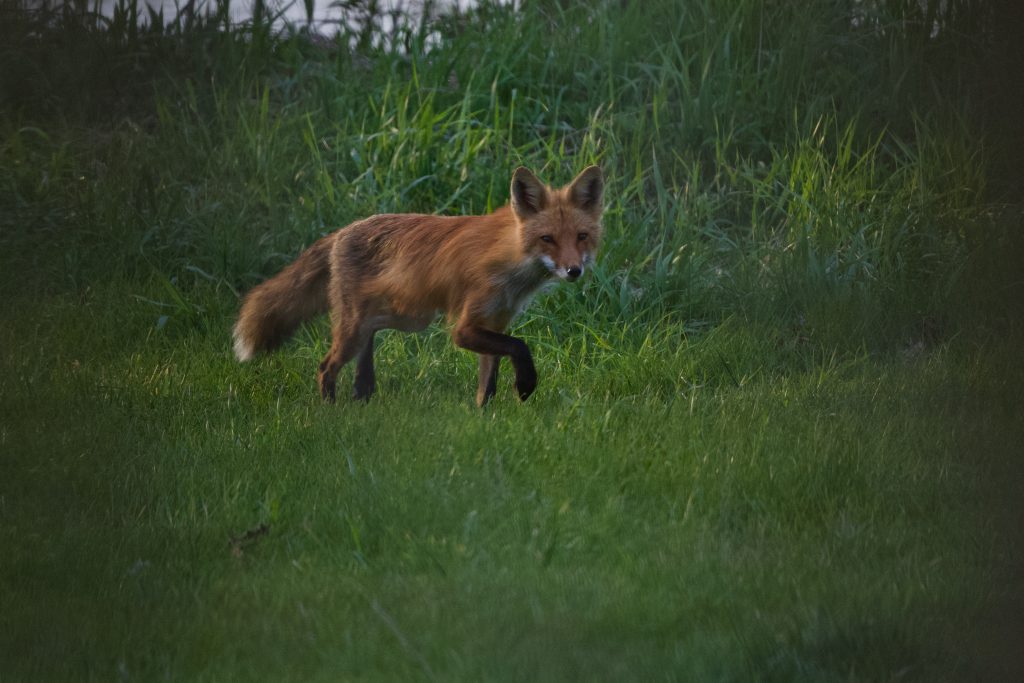 Another of my favourites – and amongst the most challenging birds of prey to photograph – is the Northern Harrier. They don’t seem to perch like other predators but rather fly continuously across fields in an erratic pattern, following the contours of the ground. They have owl-like faces but are members of the hawk family.

One evening I caught this female as she hovered for a moment above prey. 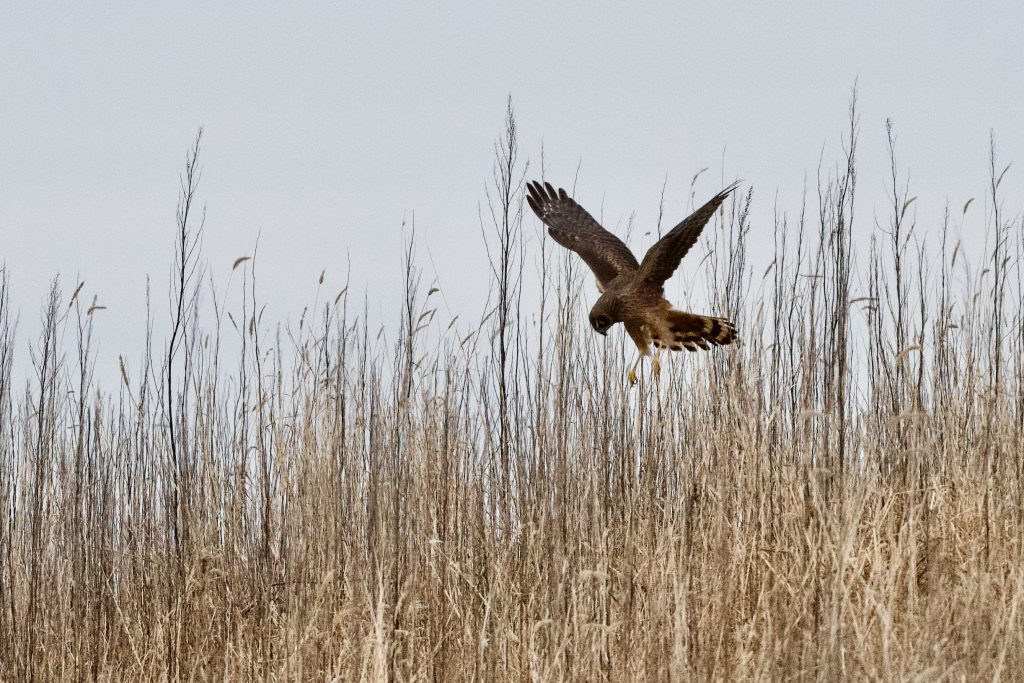 The area known as Grass Lake is a common gathering site for birders and photographers. I see regulars when I pass by en route to seeing the kestrel and northern harriers.

This spring people have travelled vast distances to hear, see and photograph several marsh birds including the elusive Sora. Birders helped me identify the sound this bird makes so I have been on the lookout. A couple of times one has appeared for a few seconds before disappearing in the thick marsh. 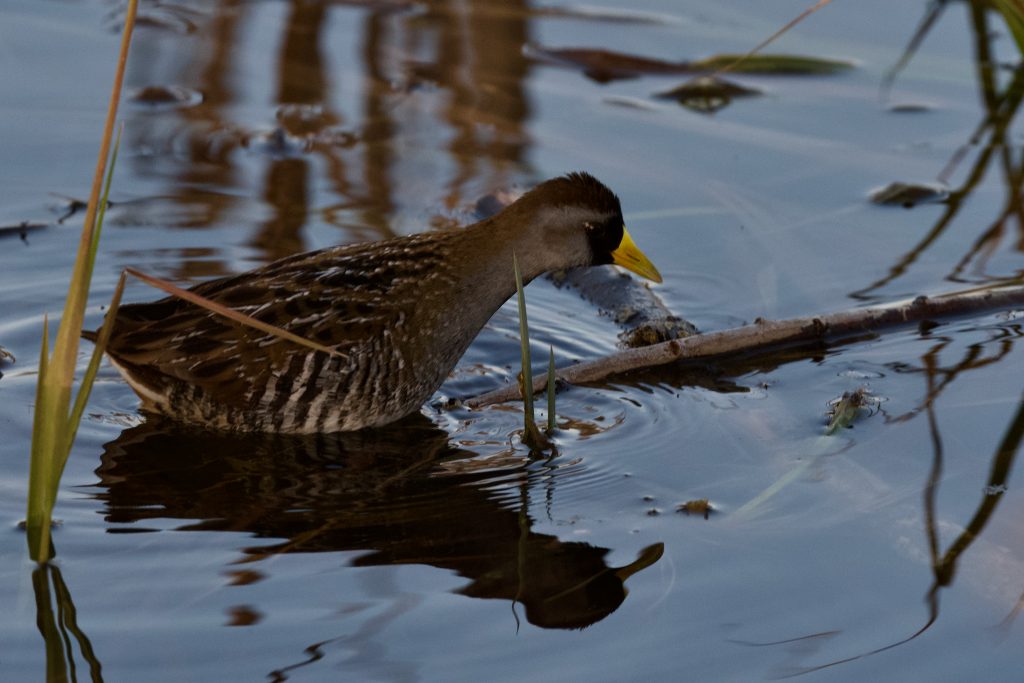 And, a few times, when I have been especially patient,  I have seen this Gallinule swimming through the reeds. Though I don’t count myself as a birder I do enjoy seeing different species. 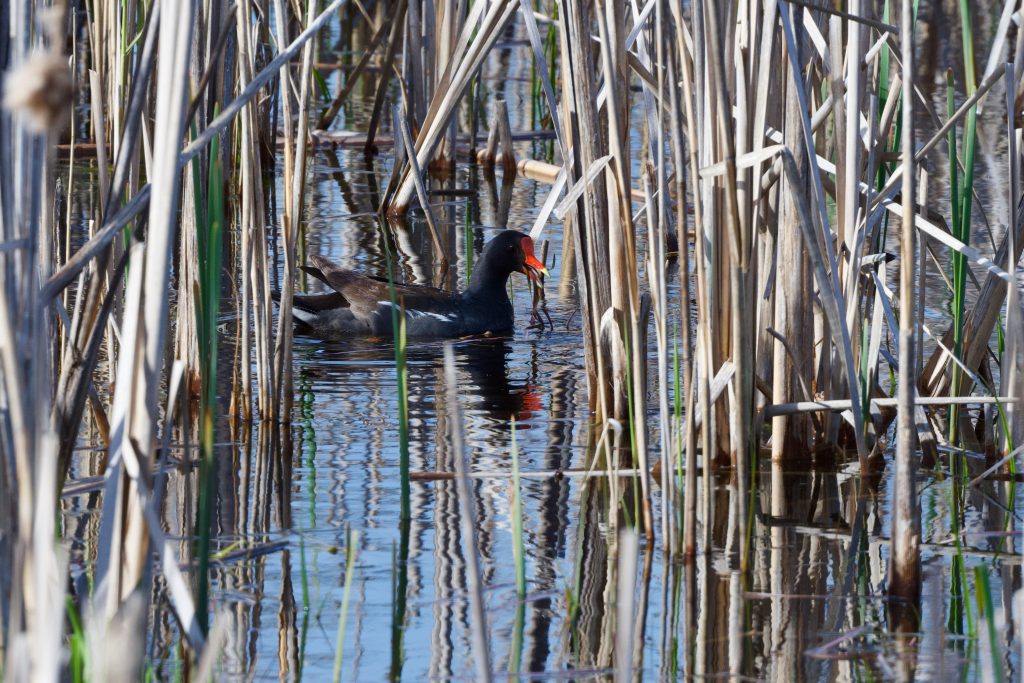 Not far from Grass Lake I have seen ospreys – the so called ‘fish eagle’ – flying about. In past years they have nested on top of a platform built by the local hydro workers.  I have seen one sitting in the nest a couple of times but their presence is sporadic so I am not certain they are nesting. 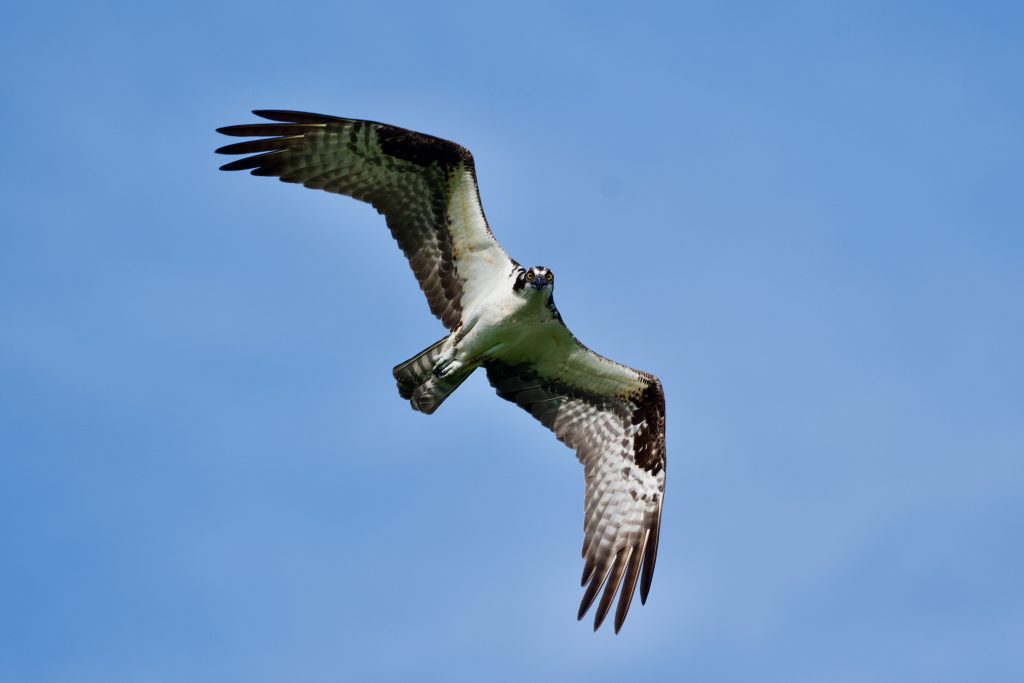 As you can see from these images, there is plenty of wildlife out there which we must be respect and protect. I do hope you are enjoying outdoor visits as much as I am.