When my kids were young I used to take them up to the local high school and we’d kick a soccer ball around. One time we saw a red tailed hawk swoop down from the roof of the school and capture a rabbit. This did not sit well with my daughter, Liv.

Seeing the disparity in ‘cuteness’ she was determined to save the rabbit.

So she sprinted towards the hawk which, upon seeing the furious approach of this 13 year old dynamo, reluctantly let the rabbit go and returned to its perch. I explained to Liv that she might have saved the life of the rabbit but that the hawk, and those that it fed, would now go hungry.

That incident came to mind a few evenings ago when I watched this adult male eagle arrive at its nest with a giant fish. It’s a phenomenon repeated in nature every day. Nature is cruel. 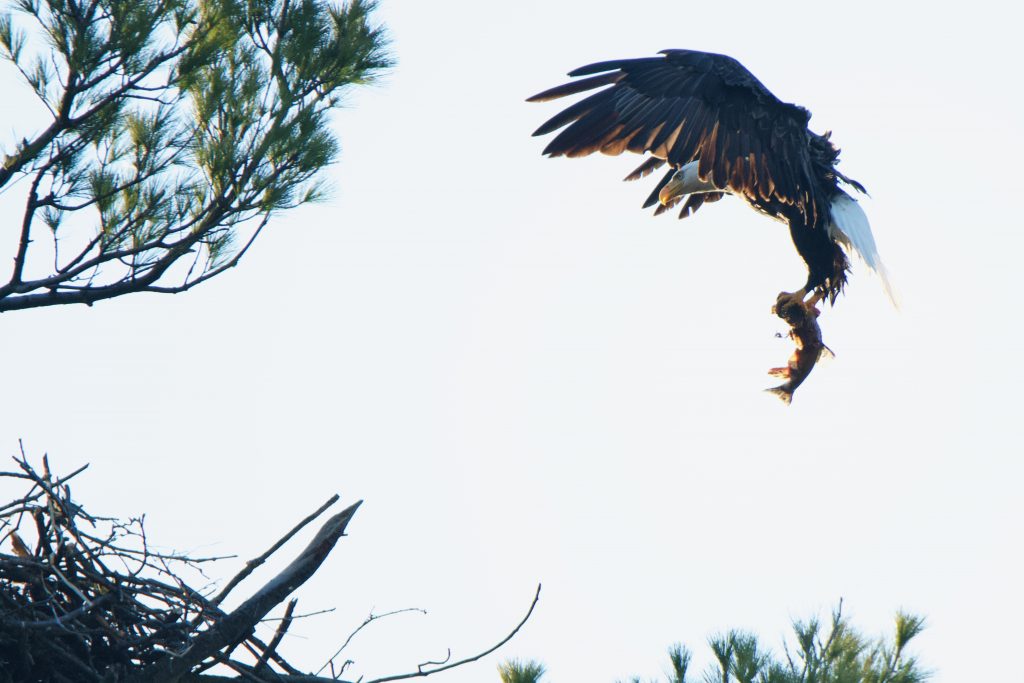 During my trip to Patagonia last December I witnessed a successful puma hunt. A herd of unsuspecting guanacos including many chulengos (baby guanacos) were grazing and slowly making their way towards us.  A female puma lay in wait on the crest of a hill.

When the guanacos were close enough the puma launched her attack, targeting one particular chulengo. Quickly closing the gap she sunk her claws into her prey and dragged it to the ground. After the kill, an ordeal that lasted more than twenty minutes, she dragged the carcass to a more isolated spot.

The mother guanaco stood nearby loudly crying out as she watched. It was heartbreaking. I don’t know when that puma last ate but that chulengo would likely feed her for the next week. In order to live some species have to die, that’s just the way it is. 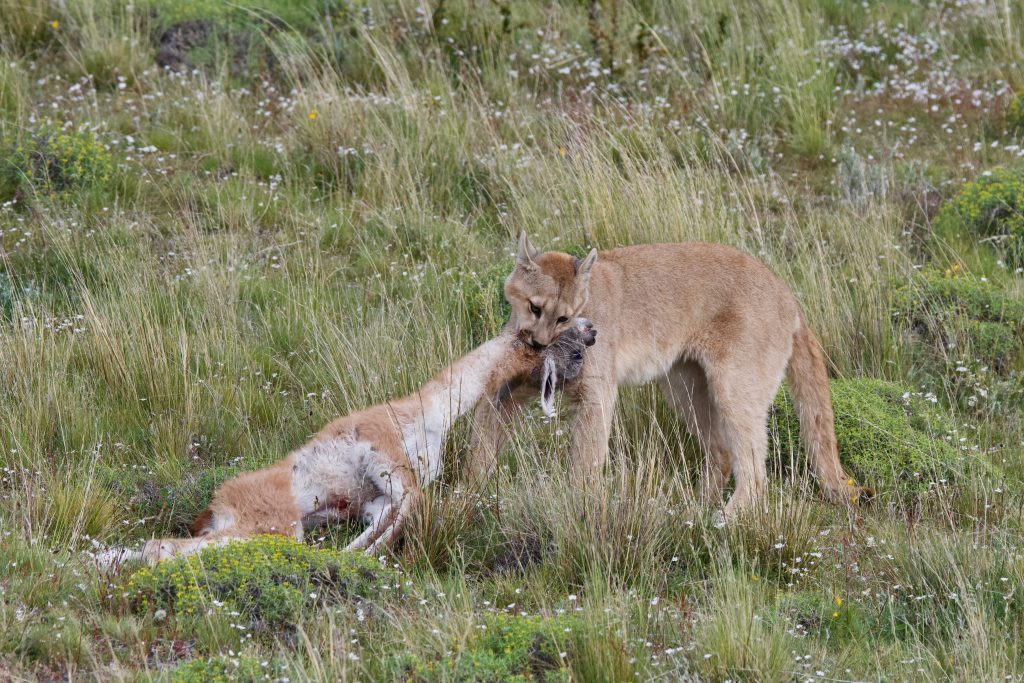 Closer to home I watched this adult female snowy owl capture then devour a kestrel right in front of me during the winter of 2018. For an hour and a half she dined while I lay in the snow snapping images. I had been photographing  her several times a week for three months and she had become comfortable with my presence. Snowy owls will eat as many as a dozen mice and anything else that they can catch each day. 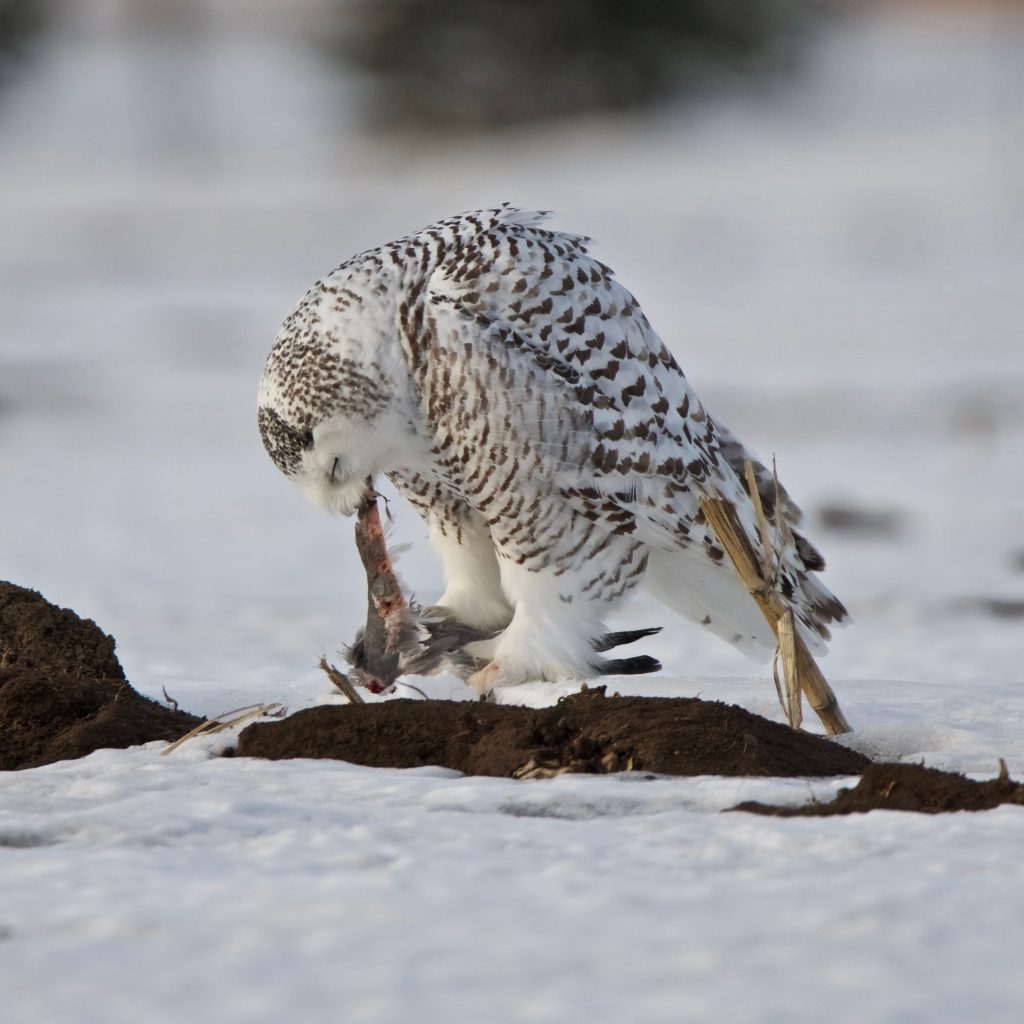 Many species practice infanticide. Given the chance, adult males will kill the young of their species so that the female comes into estrus and they can mate with her. Female jaguars, therefore, must take precautions to keep their cubs out of sight until they are big enough to set out on their own. This is a pair of cubs who ventured out one day with their mother along the Cuiaba River in the Brazilian Pantanal. Their appearance lasted just a few minutes before she hid them away again. Until they were old enough to go out alone this mother would have had a difficult time protecting them. 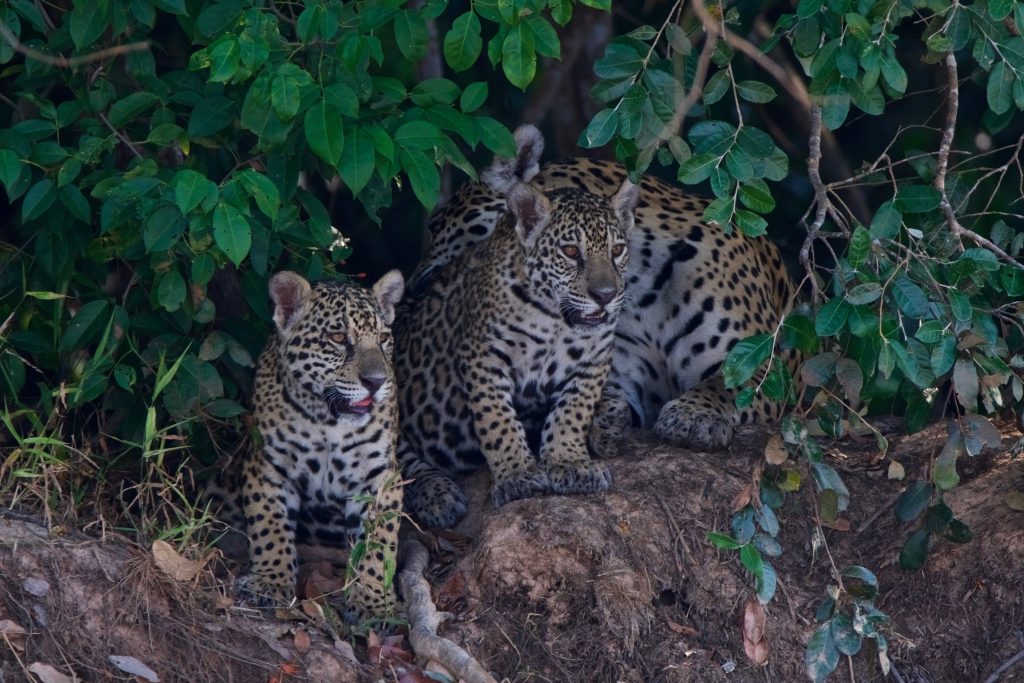 Each year dozens of bear cubs are orphaned when their mothers are shot by hunters in Ontario. This bear cub was foraging for acorns near my tent in Ontario’s Killarney Provincial Park. It was the last week of October 2018.

I never saw a sibling or her mother in my four days in the park and I cannot say for certain that her mother was killed by hunters. But that is the most likely cause. 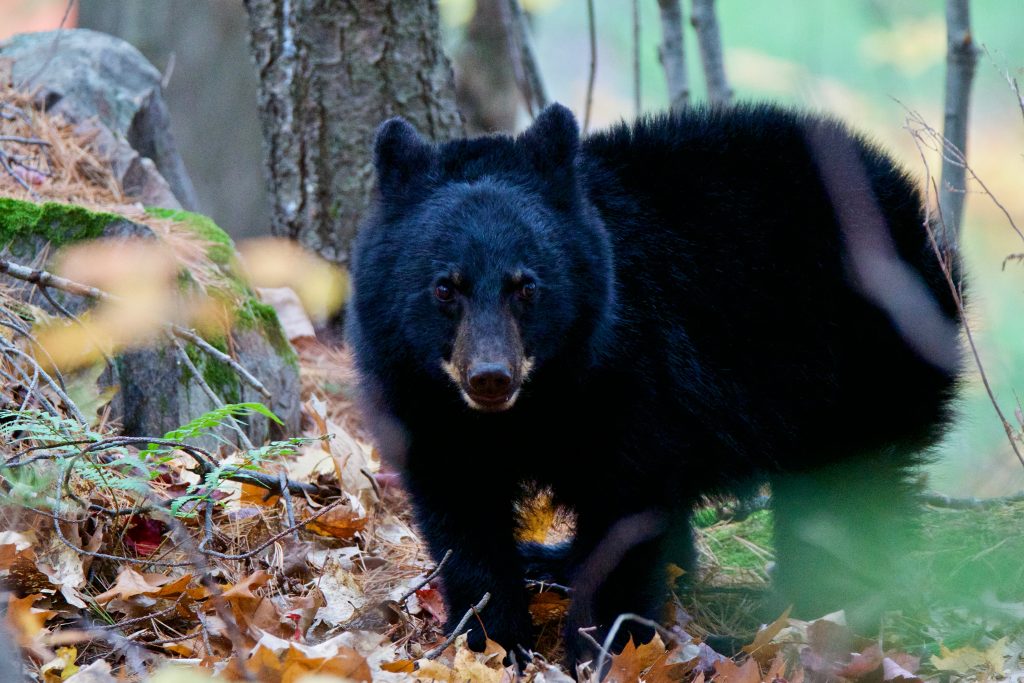 The park staff arranged to have her trapped and taken to “Bear With Us’ a bear rehabilitation centre in Sprucedale, Ontario. Mike McIntosh, the founder and owner of the centre, told me she was slowly starving to death. Beneath all that fur she was skin and bones!

In the summer of 2019 she was released into the wild after nine months in care. Although I would have loved to have photographed her release Mike explained that they want this bear’s last memory of humans to be traumatic so that she steers clear of people in the future. Protecting nature from human encroachment is absolutely necessary.

We share this planet with some incredible wildlife and are fortunate to do so.  I do hope we can all keep this in mind during this unusual period of self isolation and social distancing. Stay safe!