I am a self professed lucky photographer seemingly coming across unique and rare wildlife encounters wherever I go. In Ethiopia two years ago I went hiking in the Simien Mountains for four days with a guide and an armed scout.

I let Yonas, the guide, know that I hoped to photograph a Walia Ibex, an endangered species found only in the mountains above 2,500m. He said he had been guiding in the area for six years and never had seen one. “We won’t see one!” he told me.

Well one evening a young female, which had become separated from her family, came into view on the cliffs below. “You ARE lucky!” Yonas declared. One of my images is in the Ethiopia gallery.

On my recent trip to Patagonia I witnessed a puma successfully hunting a baby guanaco (a chulengo) and captured images. 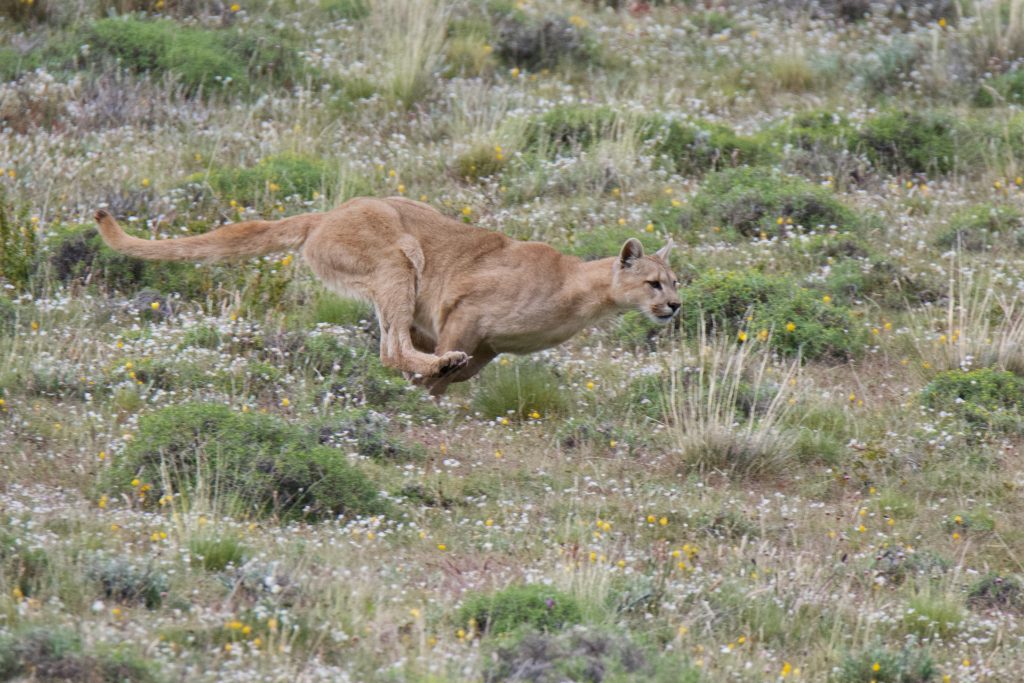 Rex Bryngelson, who has been guiding in Patagonia for twenty years, said this was only the second time he has ever witnessed a puma hunt. I could give other examples. My point is that a little bit of luck is part of wildlife photography. Having the right gear and being experienced is important but if the wildlife doesn’t cooperate, well, what can you do?

Conversely, if a rare wildlife encounter occurs you had better be ready, I must admit my heart was pumping as I watched the herd of guanacos coming up the hillside unaware of the puma hiding on the ridge. I knew there would be little warning before the puma attacked and I would have one chance. Fortunately, my guide had got me into the best position to observe and photograph the hunt.