Nature is certainly full of surprises and the more time one spends outdoors the more entertaining it is.

The bald eagle fledgling that many of us have been so concerned about – the female that spent eight days on a tree branch beneath the nest after apparently falling – appears to be gaining strength. Though she is flying further distances, and having little trouble reaching the nest now, I have noticed her wings aren’t flapping as powerfully as her siblings. It’s as if she is being cautious. I do hope it’s not an injury of some kind.

Here she is returning to the nest for a meal one morning – notifying the adults she is hungry! 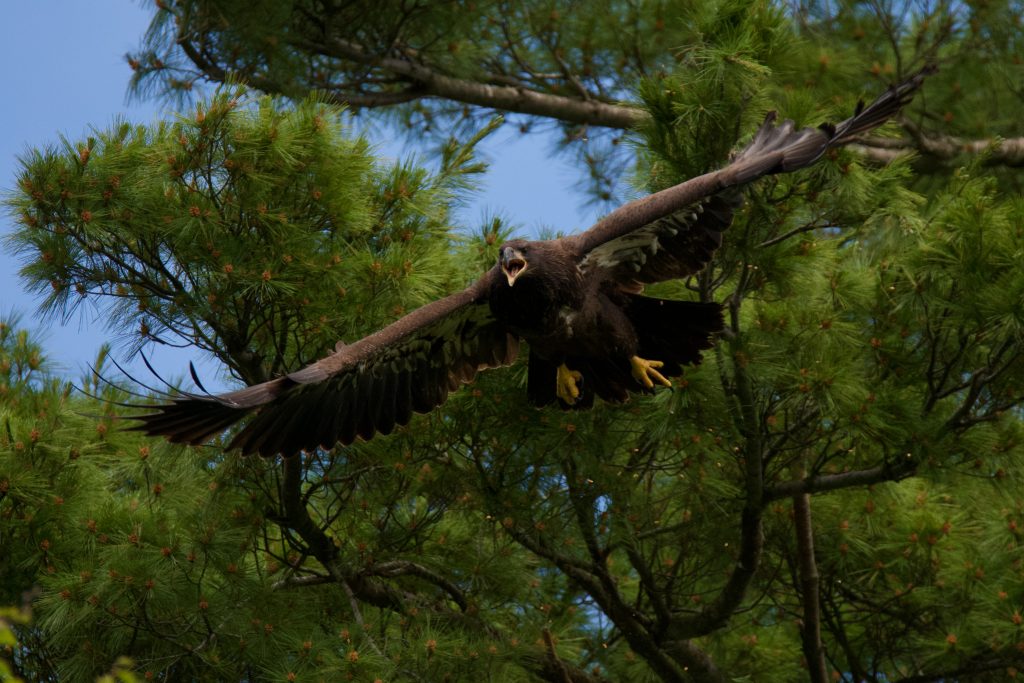 Her siblings, meanwhile, are full of confidence and are taking flights further down the river. Today I discovered where they have been hanging out and spent some time watching, from a distance,  one at the side of the river. The adult female was perched in a tree overhead and I could tell she had been bathing, as her white head feathers were drenched giving off a grey appearance. No doubt the young are watching and learning good hygiene!

How did I know where I might find these eaglets? Well, every outing is a learning experience even the days where I don’t capture a single ‘keeper’ image. A few days ago I had spotted this one returning to the nest flying quite a bit lower than normal. I figured it had taken off from the river’s edge. Today I went exploring. 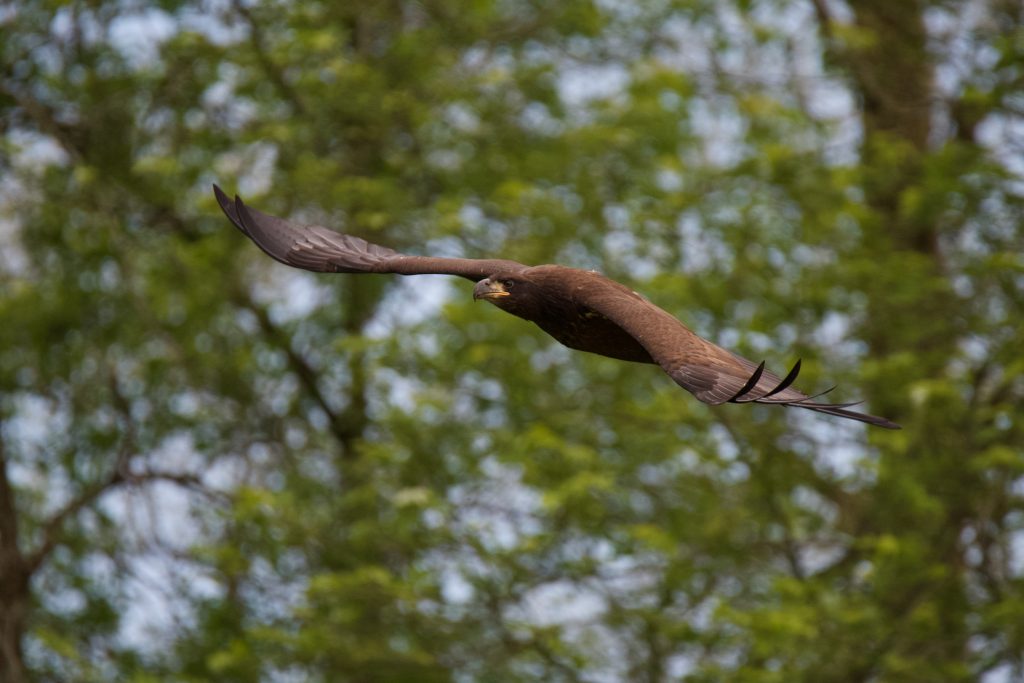 The female still spends most of her time closer to home. Still, the adults clearly recognize she needs special attention.

Although several people have told me they had seen an adult bring her a fish a couple of times I am one of those guys who must see it to believe it.

Then, a few days ago, while she was perched in a tall tree near the nest, an adult flew to her with a fish. It was exciting to watch the dedication shown by the adults to their offspring. I snapped away and hoped the angle would provide a clear picture or two. Sadly, as you can see from these photos, the transfer of the fish did not go according to plan.

In the first image the adult has the fish resting on the branch held tightly by his right talon. But, in the second, both eagles are watching the fish drop to the ground below. 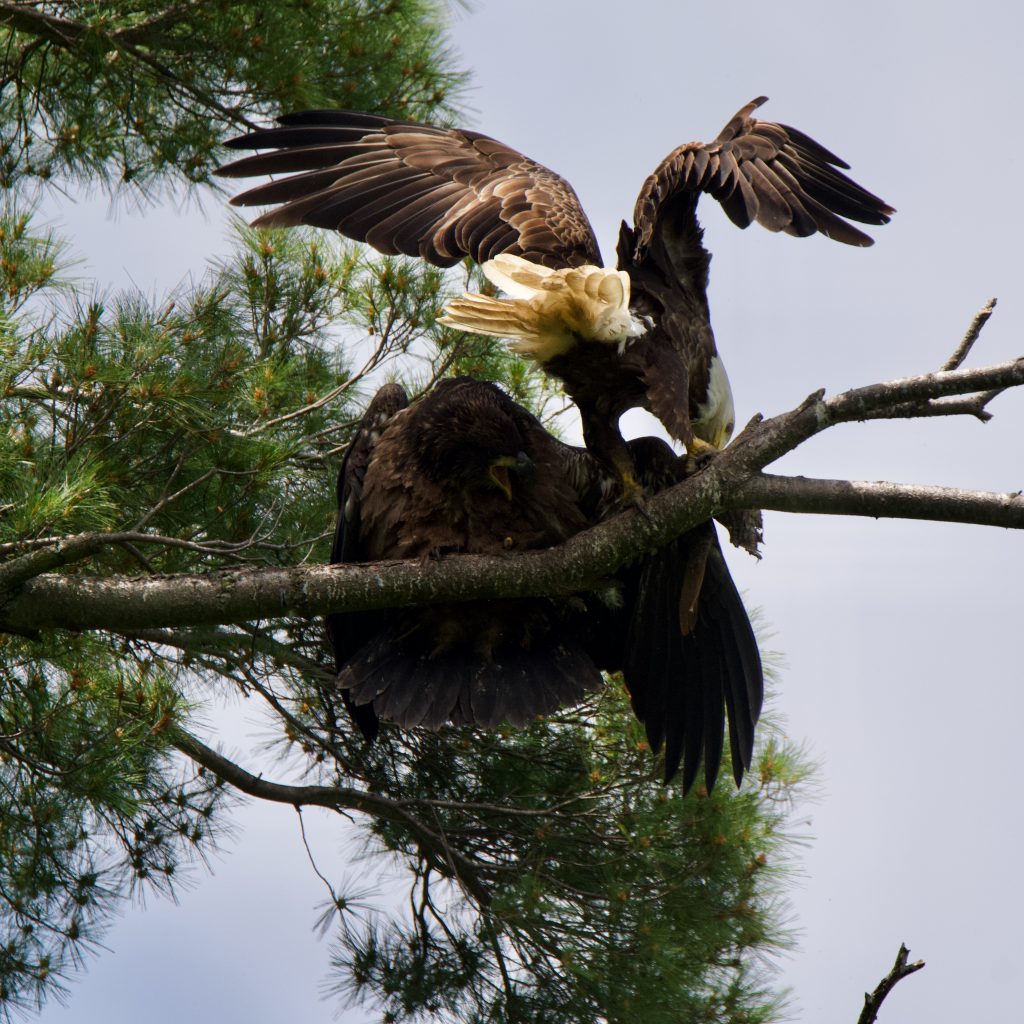 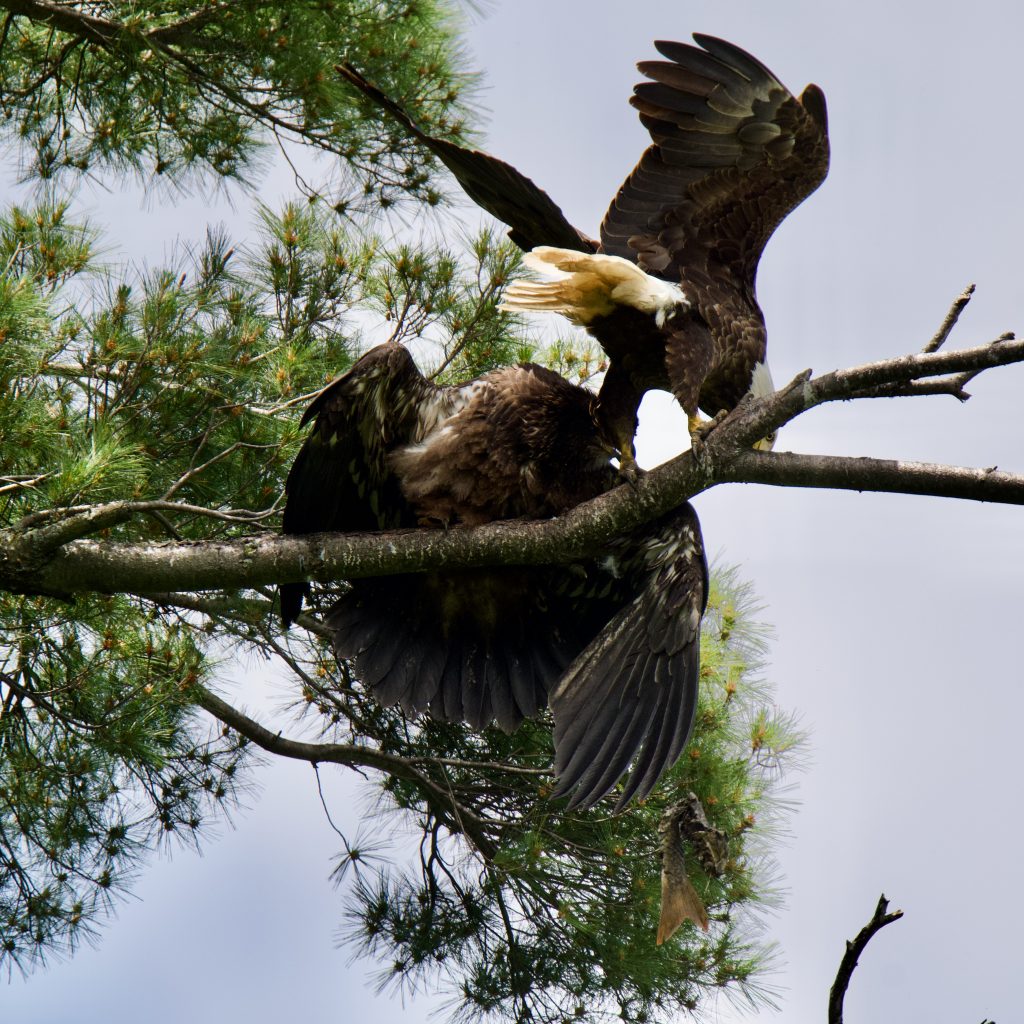 Despite the frustrating mishap the adult male returned to the nest and this eaglet soon followed to wait, with her siblings, for the next meal.

I returned to the river the following day taking more care than normal just in case she was on the ground where I had found her one morning last week. I looked for her in her usual perches to no avail. Then I happened to look up and voila! There she was in a tree less than twenty feet away from me. 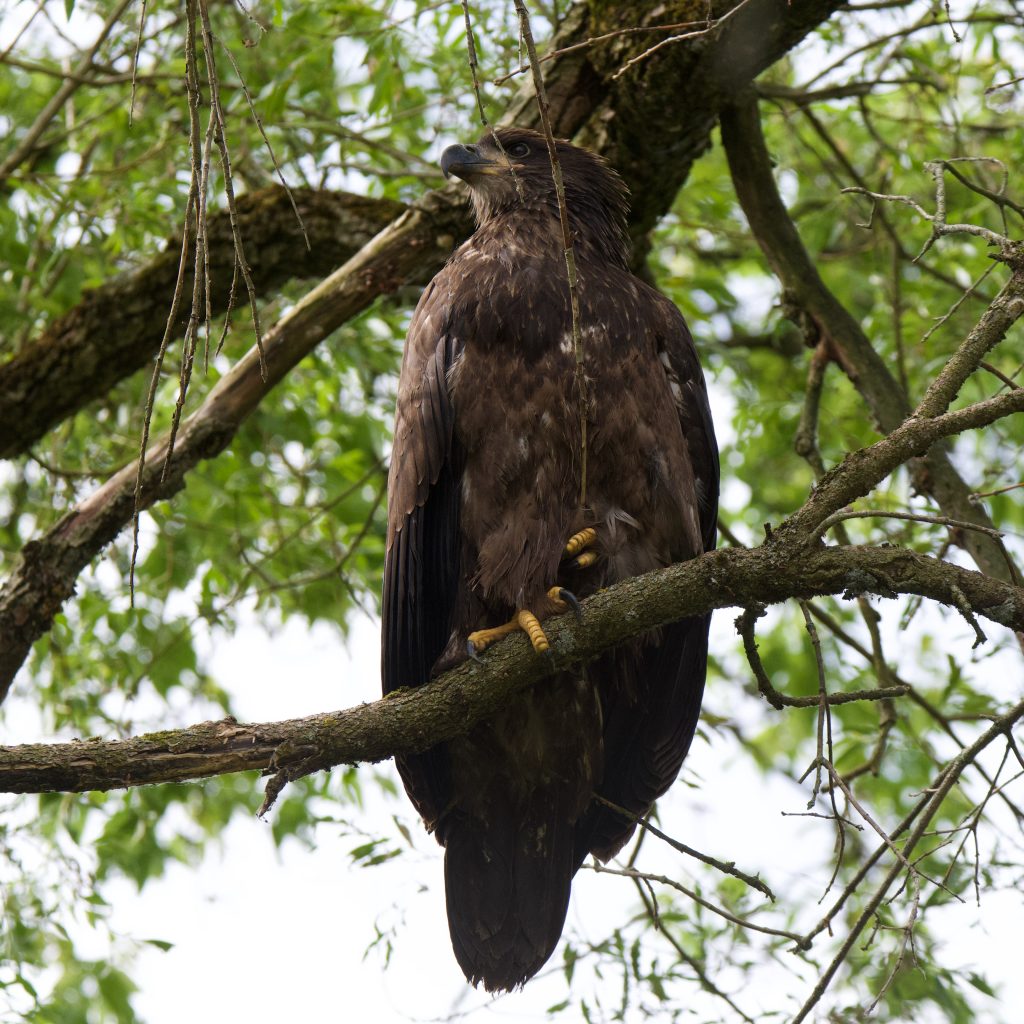 Not wanting to startle her, I walked around until I could more distance between her and me. Then I watched and waited to see if she or her siblings flew. Fifteen minutes passed and she seemed content to watch the kingfishers and orioles flying about. Then another photographer approached and that was the trigger.

Again, I have seen numerous times where an animal or a bird seems comfortable one on one with a photographer but introduce a second or third photographer and they are spooked. Off she flew. And, that has to be a good thing. Fingers crossed, she c0ntinues to flourish and learn life lessons. 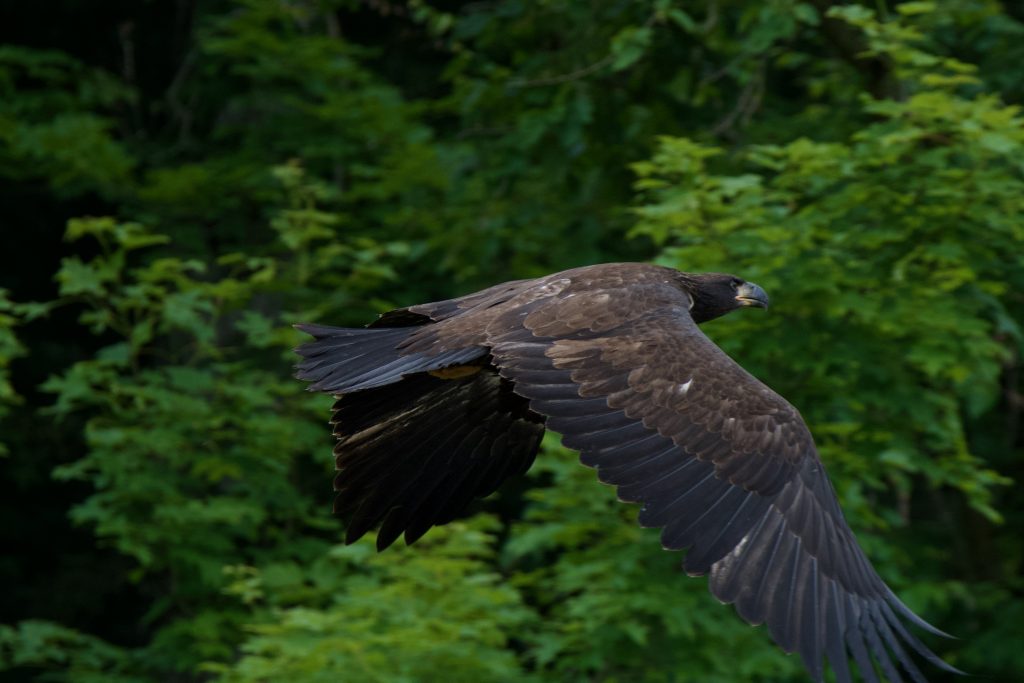